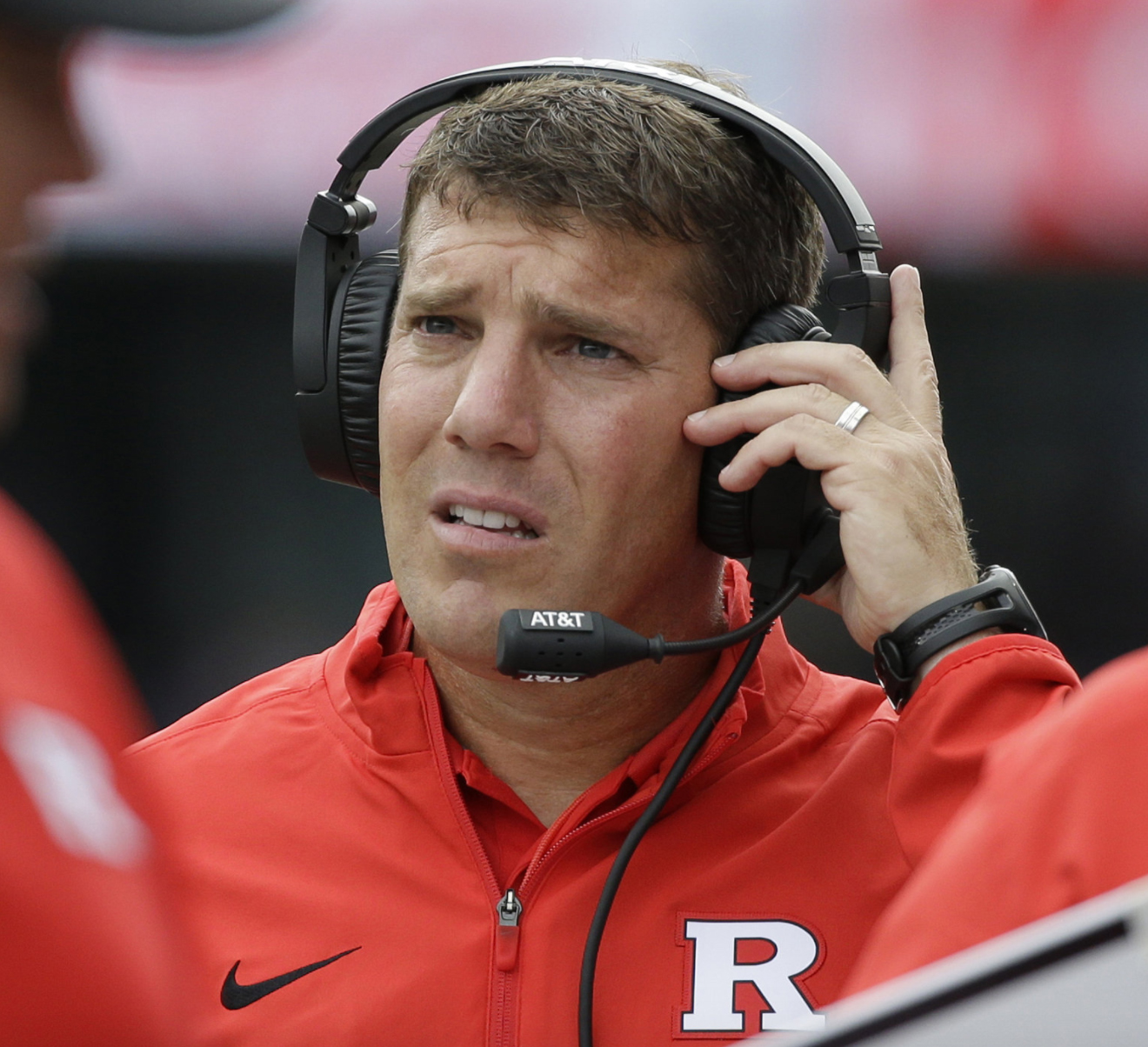 PISCATAWAY – The morning sunlight is streaming over the head of Chris Ash and onto the black desk of his Rutgers football office, the wooden blinds covering the window behind him no match for the bright rays.

Three screens flash in front of him — two computers (one especially for video) and an iPad — with two cellphones resting alongside. The room around him is otherwise pretty sparse, a digital picture frame loaded with family photos on one table, a few more pictures on shelves, and books. Plenty of books – binders full of notes as well as a handful of non-fiction, winning-philosophy favorites, a collection that represents but a fraction of what Ash owns, but a significant window into what he’s about.

In the high-ego, personality-driven world that big-time college coaching has become, the 42-year-old Ash will eventually design his office space to reflect his own style – new layout, new furniture, new blinds, new everything. But for now, his focus is elsewhere.

“Everything I wanted to do first was for the players. We haven’t touched an office,” Ash said, his deep, resonant voice echoing off those blank walls. “We did the whole office lobby, because that’s about recruiting. Two things I wanted to make sure of when we made changes: Does it help our players and does it help us recruit? People come in this office every day … recruits, parents, donors. It’s important.

If Ash reveals anything during a recent sit-down with The Record, it’s his deep well of energy, a rise-before-dawn, home-after-dark work ethic that’s part of his DNA, a 24/7 approach to football that hasn’t simply been infectious around the halls of the Hale Center, but has left plenty of anxious employees running to keep up. If observers of Rutgers football have learned anything across the last few years of decline, Ash is going to need every ounce of that energy to deliver on his goal of bringing the Scarlet Knights into the Big Ten’s upper tier.

His overhaul of the team’s training regimen has been priority No. 1, from the round-the-clock buffet of healthy food available upstairs to the new head trainer and intense workouts already under way.

“The way we changed the level of training here is probably the thing I’m most excited about,” he said. “It’s allowed us to get fast buy-in from our players. They see it; they feel it. We’re really big in to the ‘why.’ Why do we train you this way? Why do we challenge you? Why do we want you to be uncomfortable [training] every day you come into the facility? Why do we want to build a brotherhood of trust the way we want to?

“We clearly articulated the why, and once they understand the why, I think they’re more willing to open up their heart, give it to you, and make it happen. I feel through the course of the last couple of months that’s really started to happen.”

For all the understandable early attention that comes with staff hires and recruiting efforts (Ash built a young staff and added a new high school recruiting liaison position), recent weeks have been more about getting together with his current team, about preparing for spring practices and building a roster that’s in better shape mentally and physically. As he talks about reaching that end, his mantras – “brotherhood of trust,’’ “testimony, not theory,’’ “judge actions, not intentions’’ — emerge.

“Team chemistry is about building relationships based on trust in each position unit,” Ash said. “How do you do that? Well, a lot of it is through shared suffering. It’s a military approach. The Navy SEALs are the most elite fighting group in the world, and when you study the SEALs, how do they get units so strong, the trust at such a high level? That’s through their training. We want to try to get that level here.”

Ash’s eyes nearly pop through his black rectangular-framed glasses, but at the same time, his demeanor is relaxed. A long-sleeved Rutgers T-shirt and gym shorts befit a man comfortable in his own skin, one who understands the enormity of the job before him and who’s eager to get it done. There is no small dose of his most famous predecessor in his aura, a Greg Schiano-like brand of intensity and detail he’s heard plenty about already, including the source himself.

“I’ve been fortunate enough to get to know Coach Schiano over the last couple years, when I was at Ohio State. He came up several times and I’d reach out and talk to him a lot about the game of football, defensive stuff. I’d pick his brain,” Ash said. “I’ve been around a number of different head coaching personalities. One piece of advice I’ve been given that’s stuck is, be who you are, not somebody else.

Eventually, part of that self will make its way into an office redesign. For now, however, that can wait. There’s plenty to keep Ash busy.