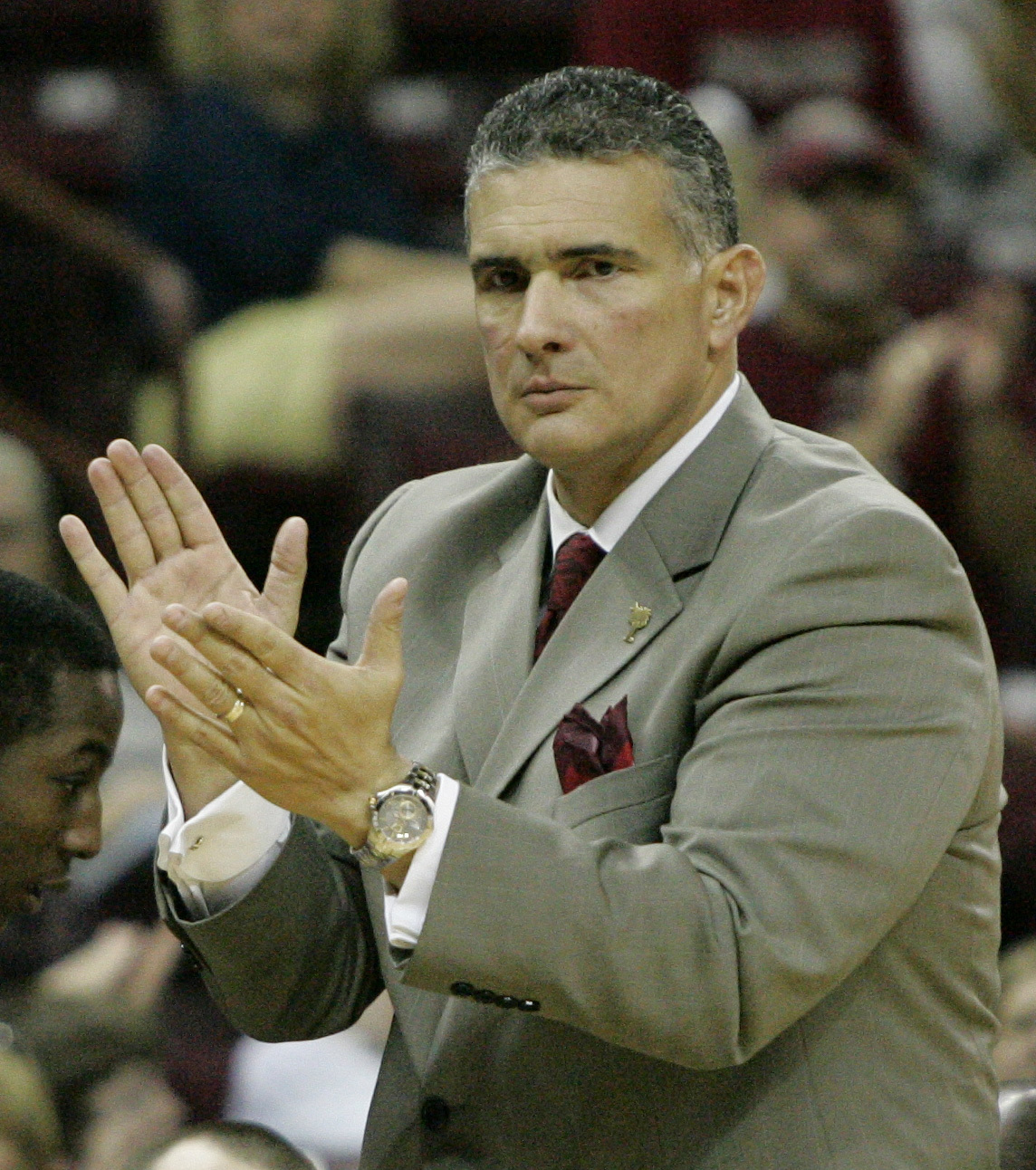 Before South Carolina’s stunning upset of Duke in the second round of the N.C.A.A. men’s tournament on Sunday, the Gamecocks huddled in the tunnel leading to the court.

There they were addressed not by a teammate, a former player or even a basketball coach. The man in the center of the huddle was the Rev. Chris Leevy Johnson, a fourth-generation funeral home director in Columbia, S.C., who serves as the team’s unofficial life coach.

Johnson, a Baptist pastor and chaplain to the South Carolina men’s and women’s basketball teams, invoked the classic tale of David and Goliath before the East region game between the seventh-seeded Gamecocks and the No. 2-seeded Blue Devils. It was a fiery sermon, with a typically uplifting message.

“He’s always encouraging us,” the redshirt junior forward Jarrell Holliman said. “He knows we can do it.”

A college basketball life coach might sound like a far-fetched role to some, but it is one that’s growing in influence in the sport. Players for Xavier, the No. 11 seed in the West region, have sought counsel this season from Gerald Yearwood, a retired administrator turned life coach from Miami University in Ohio. Seventh-seeded Michigan has relied on Greg Harden, a motivational speaker and associate athletic director who previously advised Tom Brady and Michael Phelps. Kevin Jordan, a former wide receiver at U.C.L.A., now answers to “life coach” for the No. 3-seeded Bruins.

Johnson’s guidance for South Carolina has become so critical that he flew to New York for Friday’s game against No. 3-seeded Baylor. He typically sits behind the bench, a life coach who is rarely more than a shout away.

“I never even knew that was a thing, honestly,” Holliman said. “But it’s a resource I’ve used.”

Baylor did not have to search far for its own inspiration. Tim Maloney, in his eighth year as the team’s director of basketball operations, lists “life coach” on his official biography on the program’s website.

“When you’re down, or something happens to you, who comes along to get you going in the right direction?” Maloney asked Thursday.

A loquacious basketball lifer with the energy of an aerobics instructor, Maloney started his career as a fourth-grade teacher in Manhattan while coaching at New York University, and later earned a master’s in counseling from Hunter College. He learned about rational emotive behavioral therapy, the uplifting therapeutic approach established by the psychologist Albert Ellis.

Yet it is the elementary-school lessons that still serve him well.

“The bottom line is, you shouldn’t be comparing yourself to anybody else,” Maloney said. “Compare yourself to who you were yesterday. Be better tomorrow than who you are today. If you do that every day, you’ll be 365 times better than when you started.”

It does not surprise him, he said, that the Bears have advanced to the tournament’s second weekend, after previous Baylor teams fell short of expectations. As far as life coaching goes, he has not been needed much. But he is never shy about chiming in.

Get the big sports news, highlights and analysis from Times journalists, with distinctive takes on games and some behind-the-scenes surprises, delivered to your inbox every week.

For South Carolina, Johnson is more than just a sounding board; he has become like a member of the coaching staff.

“He’s grown with us, and we’ve grown with him,” senior guard Duane Notice said. “He echoes what Coach wants out of us. He’s kind of like a therapist.”

The addition of a life coach to an already overcrowded bench might seem like overkill. But the age of social media has made some coaches more vigilant about what information their players are absorbing.

“I tell my staff this all the time: We need to speak to our guys about everything, every single day,” said South Carolina’s coach, Frank Martin. “Because if we don’t, someone else is. And if they end up listening to someone else because we didn’t speak to them, shame on us.”

Some life coaches are particularly valuable as mentors for individuals. Michigan’s coach, John Beilein, said he credited Harden for helping the senior point guard Derrick Walton Jr. mature over the past four years. Harden, he said last week, “has spoken a lot with him about him getting everything he can out of the blessings he’s had.”

Johnson, Holliman said, does not carry himself quite like a therapist or spiritual leader. He is somewhere in between — a funeral director, helping South Carolina keep its season alive.

“He’s always there for us,” Holliman said. “You can have a regular conversation, or pour your heart out to him if you want.”