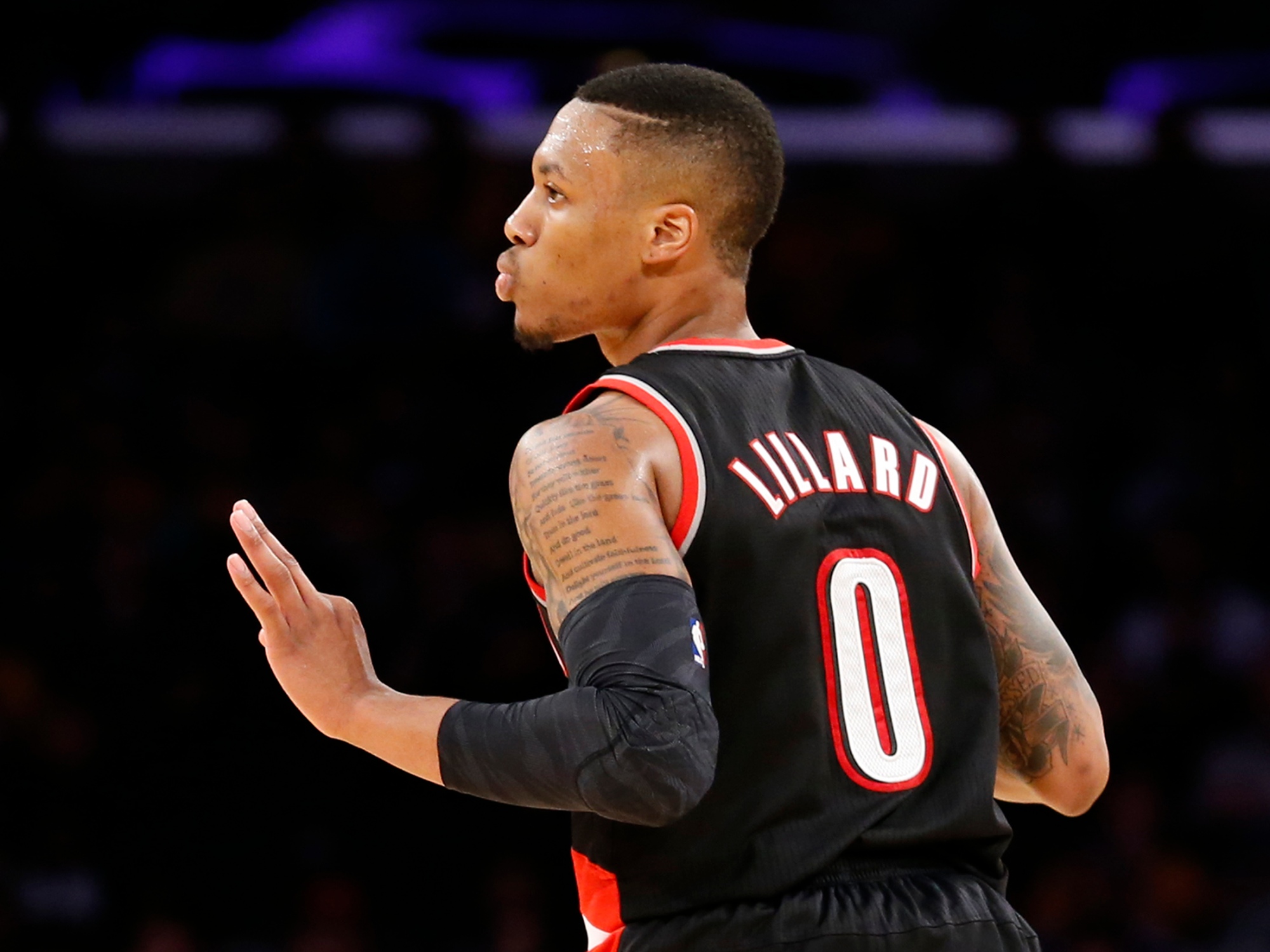 Every year there is some notable player that winds up omitted from the All-Star Game. This year, that player was Damian Lillard, the dynamic point guard for the Portland Trail Blazers.

Some players would react to that by sulking, falling into a slump. Others would lash out in anger, chasing stats — to the detriment of his teammates — to prove they were deserving of the nod.

How did Lillard react? Since the All-Star reserves were announced on Jan. 28, Portland is 12-2 – better than every team but the league-leading Golden State Warriors. Oh, and Lillard scored 51 points against Golden State in the first game after the All-Star Break, a game the Trail Blazers won by 32 against a team with five losses in 59 games.

This wasn’t the first time Lillard has been overlooked, and it won’t be the last. He’s used to it, and he’s learned how to refine rejection into fuel to prove his doubters wrong.

“This [All-Star Game] is just another case of that. I was told I wasn’t something, and that was just more wood on the fire. It’s that simple.”

Lillard’s numbers speak for themselves. After going for 30 against the Knicks, Lillard has now scored at least 30 points in eight of his last nine games. In the eight games Portland has played since the all-star break, Lillard is averaging 33.1 points on 48.1 percent shooting overall, including 43.5 percent from three-point range.

More importantly, the Trail Blazers have won seven of those eight games, extending a run of 14 wins in their last 16, dating back to Jan. 21. That run has changed everything in Portland, lifting the Trail Blazers from a team mired in 10th place in the West to one currently tied for sixth, seemingly a lock to make it back to the postseason.

The idea of Portland even sniffing the playoffs would have been deemed laughable by virtually anyone outside of the Pacific Northwest back when training camp began. After four-fifths of last season’s highly successful starting five left during the summer via either trade or free agency, including longtime star LaMarcus Aldridge, this was supposed to be the beginning of a rebuild in Portland.

Instead, Lillard – with plenty of help from coach Terry Stotts, the Western Conference Coach of the Month for February, and backcourt mate C.J. McCollum, the runaway leader for this year’s Most Improved Player Award – has turned the Trail Blazers into a team that resembles its leader: one that relishes being doubted and counted out.

“I think his will, his will to compete, his will to win, carries over to the team,” Stotts told The Washington Post after Tuesday’s win. “There’s no question that, at the beginning of the season, he wasn’t subscribing to what people were saying what our team was going to be … he never gave into that.”

This is far from the first time Lillard has been counted out. He was lightly recruited coming out of high school in Oakland, landing at Weber State University. He was questioned coming into the NBA, with many wondering if he could translate his success at the mid-major level to the pro ranks. He was controversially left off Team USA’s entry in the 2014 FIBA World Cup.

But time and again, Lillard has raised the bar for himself. He was a unanimous pick for Rookie of the Year in 2013, hit one of the most iconic shots in recent memory to win Game 6 of Portland’s first-round series over the Houston Rockets in 2014 and signed a max contract extension with Portland last summer to officially become the face of the franchise following the departure of Aldridge.

This year, however, might be Lillard’s best work yet. On a team with no rotation players over age 30 – and with most either the same age or younger than Lillard at 25 – he has fully accepted and embraced the weight of being the franchise’s clear leader. It’s no coincidence his approach to the game has subsequently translated across the entire roster.

“I already knew he was a great player, and every time I played against him, he gave us fits,” said forward Ed Davis, who signed with Portland as a free agent this summer after playing for the Lakers and Grizzlies during Lillard’s first three NBA seasons. “But [I’ve] gained a lot of respect for how he carries himself. How he takes all the attention, how he treats everyone, him as a person … that’s what’s really impressed me about him. I didn’t know he carried himself like that.

What it has meant to Portland is a newfound identity. This was supposed to be a lost season for the Trail Blazers, one committed to rebuilding around Lillard and a youthful core that supposedly needed time to grow together.

No one bothered to tell Damian Lillard, though. And, once again, he’s managed to surprise everyone.

“We’re following him,” McCollum said. “He’s our leader … he’s the centerpiece of the franchise. We go as he goes.”

And right now, both Lillard and the Trail Blazers are going up.