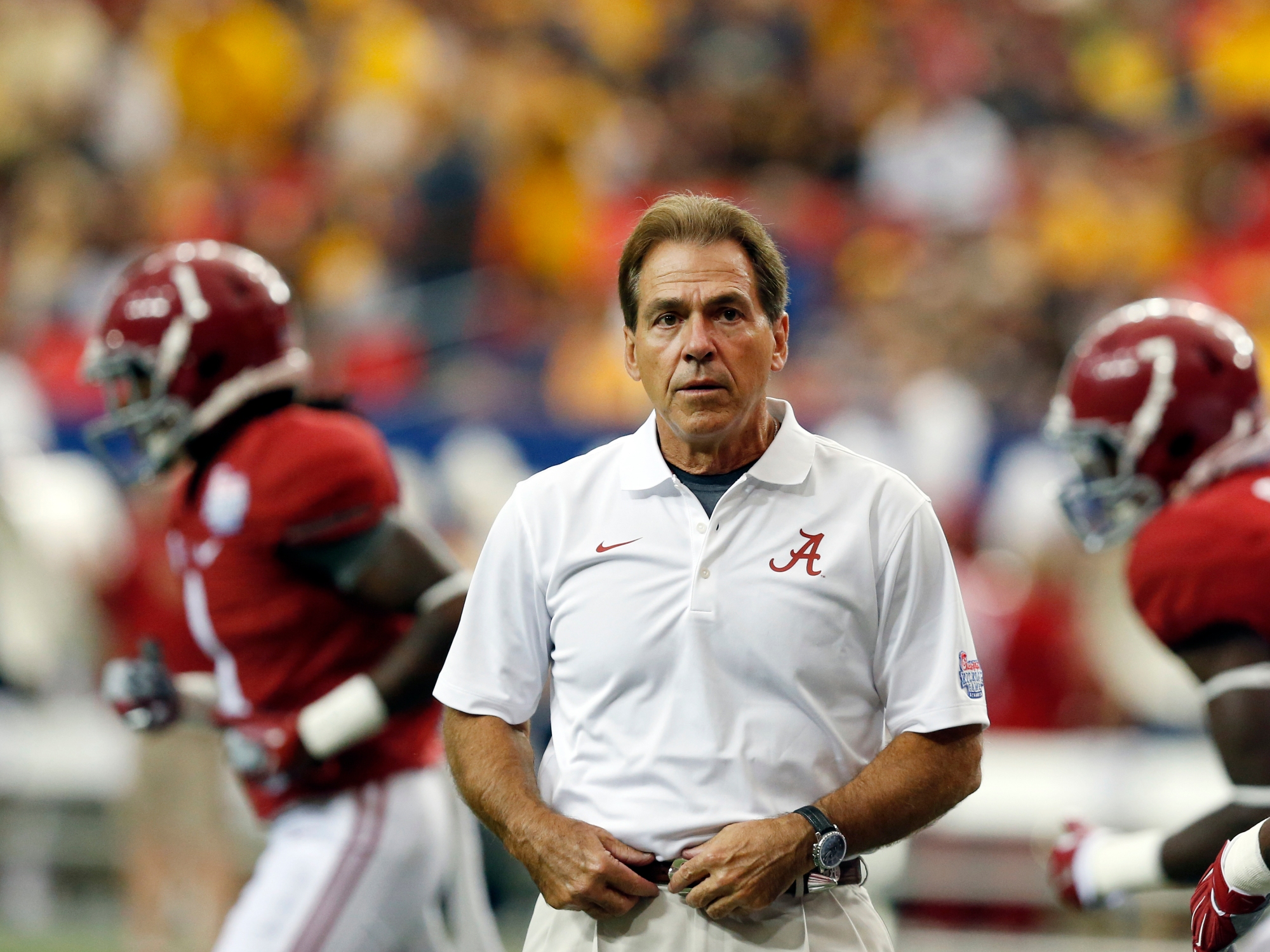 Some Alabama assistants have pulled back the curtain on the key dialogue, which can be the difference between victory and defeat. They explained what’s being said on the connection between those on the sidelines and the eyes in the coaches box.

This is a highly organized, regulated and rehearsed dance orchestrated by Saban. Everybody from the booth to the field has an assignment and they better not speak out of line.

“I really get mad ― cussin’ mad when guys aren’t supposed to be talking, are talking on the headset,” Saban said on October edition of his weekly radio show. “It wastes time.”

It’s that efficiency and organization that assistants who’ve worked elsewhere said separates this operation from the others.

“It’s way different from anything I’ve ever experienced,” Cristobal said. “You grow a lot as a coach. You can’t imagine the detail we get into.”

From his seat in a crowded coaches box, Billy Napier’s got his eyes on a few things. The wide receivers coach tracks the down, distance and field position when Alabama’s on offense. He relays that to offensive coordinator Lane Kiffin who’s calling the plays from the sideline.

“Within the series, it’s pretty hush-hush when we have the ball because time is critical,” Napier said. “He has his thought process when you just give him the information he needs and goes.”

After the possession, the booth coaches can share those key observations often missed from ground level. They see all, and with a booth packed with assistants, graduate assistants and analysts, everything is covered.

Observations and adjustments like the Arkansas example come from the exhausting game-week preparation regimen. Practically every scenario and wrinkle has been considered in the days before kickoff, several coaches said.

Little is left to chance, so in-game modifications are made smoothly.

“We have a fairly good idea of what the opponent is trying to do,” said running backs coach Burton Burns. “We have a good idea of what we want to do, so we’re talking about those things. Is that the same? Is something changing? If it is changing, what do we have to do? It’s a lot of that type of communication.”

Like Napier, Burns is in the coaches box during games. His job is to study opposing linebackers and defensive linemen for anything they didn’t see on film.

“Most of it is because of preparation, some things that you already know and take advantage of,” Burns said. “As a group we all do it together. Between series, you make the adjustments.”

“You’re not watching the game,” Cristobal said. “You’re assessing. You’re calling and making adjustments and it requires a tremendous amount of eye discipline.”

Outside linebackers coach Tosh Lupoi will ask the booth about issues with fitting gaps or changes in the other team’s pass protections.

When issues arise, coaches said they tend to look for solutions first and assign blame later.

“When something breaks down, you usually know what happens,” Lupoi said. “You’re already just trying to fix it or improve it. I don’t think there’s a lot of debate.”