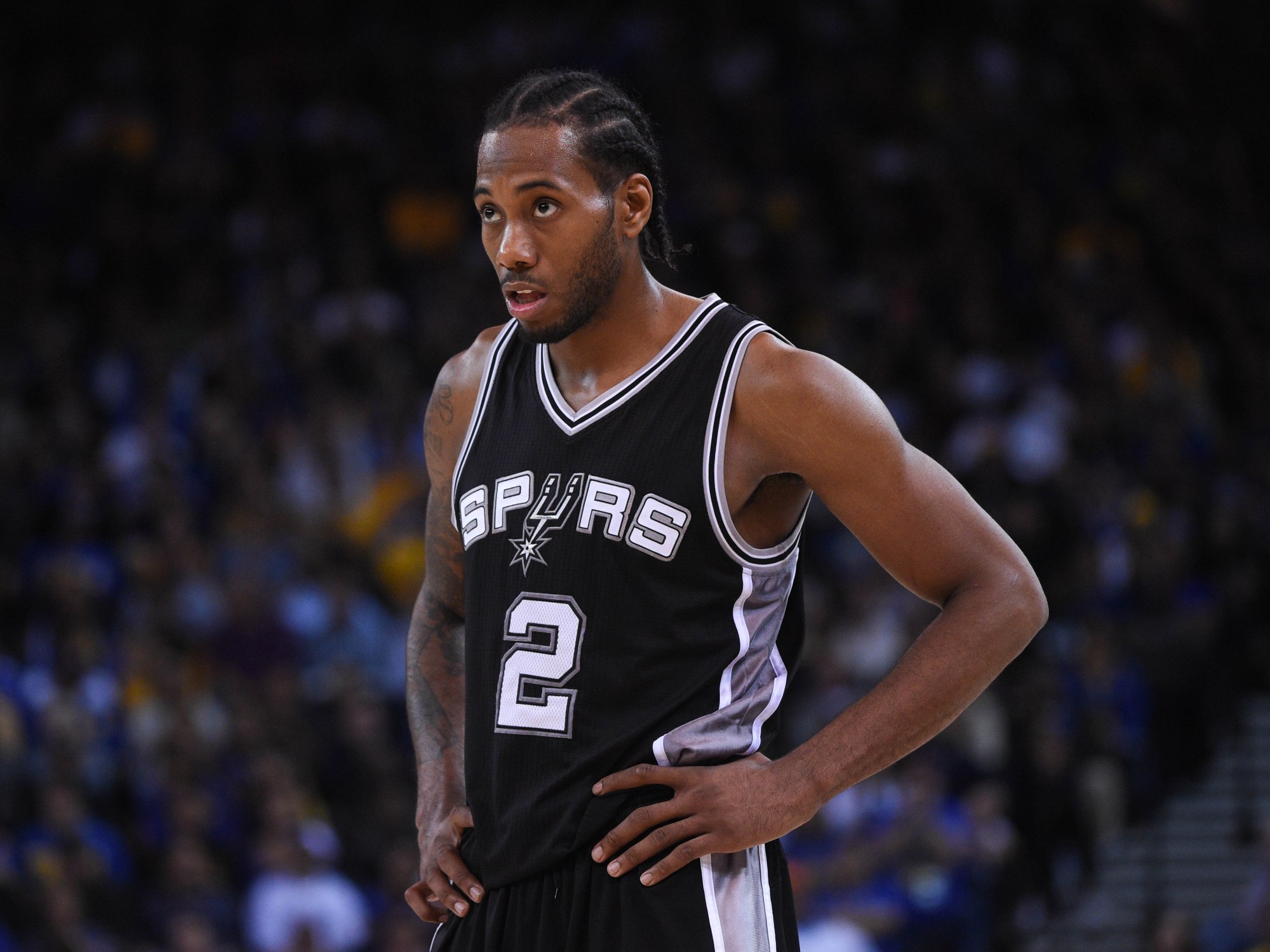 How do I be good?

It is a question one can easily hear Kawhi Leonard asking, simple and straight to the point.

Similar to how he now smothers NBA ball handlers as the Spurs’ starting small forward, Leonard has been badgering his coaches and mentors with this query in one variation or another for years.
The first might have been Marvin Lea after the Pepperdine guard told Leonard, then only 16, he was gifted enough to earn a college scholarship. It was a revelatory assessment for an instinctive but unpolished kid who hadn’t played organized basketball until his sophomore year in high school.

“He had never really thought about (college),” said Lea, now an AAU coach. “He knew he was behind. He was like, ‘What do you do every day? How do I be good?’ His instincts were way ahead of his skill level. We told him if you get your skill level to match that, you’re going to be a mother, you know what I mean? Now you have a problem. And he believed that.

“He wants to be the best. We told him the gym is what it takes, and he did the rest. He just locked himself in the gym from then on.”

That unrelenting work ethic has made Leonard one of the NBA’s elite two-way players, the reigning Defensive Player of the Year and a burgeoning scorer who averaged a team- and career-high 16.5 points last season.
Even surrounded by franchise talismans like Tim Duncan, Tony Parker and Manu Ginobili, and the arrival of four-time All-Star LaMarcus Aldridge as the most expensive free agent signing in team history, the Spurs’ quest to win a sixth championship could very well hinge on their starting small forward’s continued growth.

It’s a responsibility he undoubtedly relishes after telling the local media back home in southern California this summer that his goal is to become an MVP-caliber player.

Not of the Spurs, but the entire NBA.

Leonard’s aim might be improbable given that he has yet to even make an All-Star team. But considering how far he’s come, just about anything seems possible for a player whose single-minded focus — How do I be good? — has carried him to the brink of stardom.

“My drive comes from wanting to be here in the NBA,” Leonard said. “It’s one of my goals in life, is playing the game I love every day. I’m trying to be the best player I can.”

But as thrilled as they were over their recruiting coup, even the Aztecs didn’t know exactly what they had until Leonard arrived on campus and proceeded to work harder than any player their coaches had ever seen.

“He’s elite of the elite in terms of commitment,” said Fisher, who counts Chris Webber, Glen Rice and Jalen Rose among his former players. “I’ve never had anyone, ever, who was consumed with being the best they could possibly be like Kawhi. You have a lot that will talk a good game. But he doesn’t want to talk about what he’s doing. He just wants to do it.”

Back in Leonard’s high school days, Sweeney recalls being puzzled one evening why he couldn’t activate the gym’s alarm system while locking up after practice. He eventually discovered that Leonard and his teammates had taped the door latches open so they could get back in for more work.

It was much the same at SDSU, where Fisher used to receive — and politely ignore — complaints from the staff at Viejas Arena that Leonard was getting into the building during off hours, sometimes bringing lamps from his dorm room to illuminate the darkness.

When other players showered and went home to unwind after preseason conditioning drills, Leonard headed straight to the court for extra shots.

“He not only went to the gym,” Hutson said, “he worked when he got there. Some guys are just shooting around. Kawhi went in and got work done.”