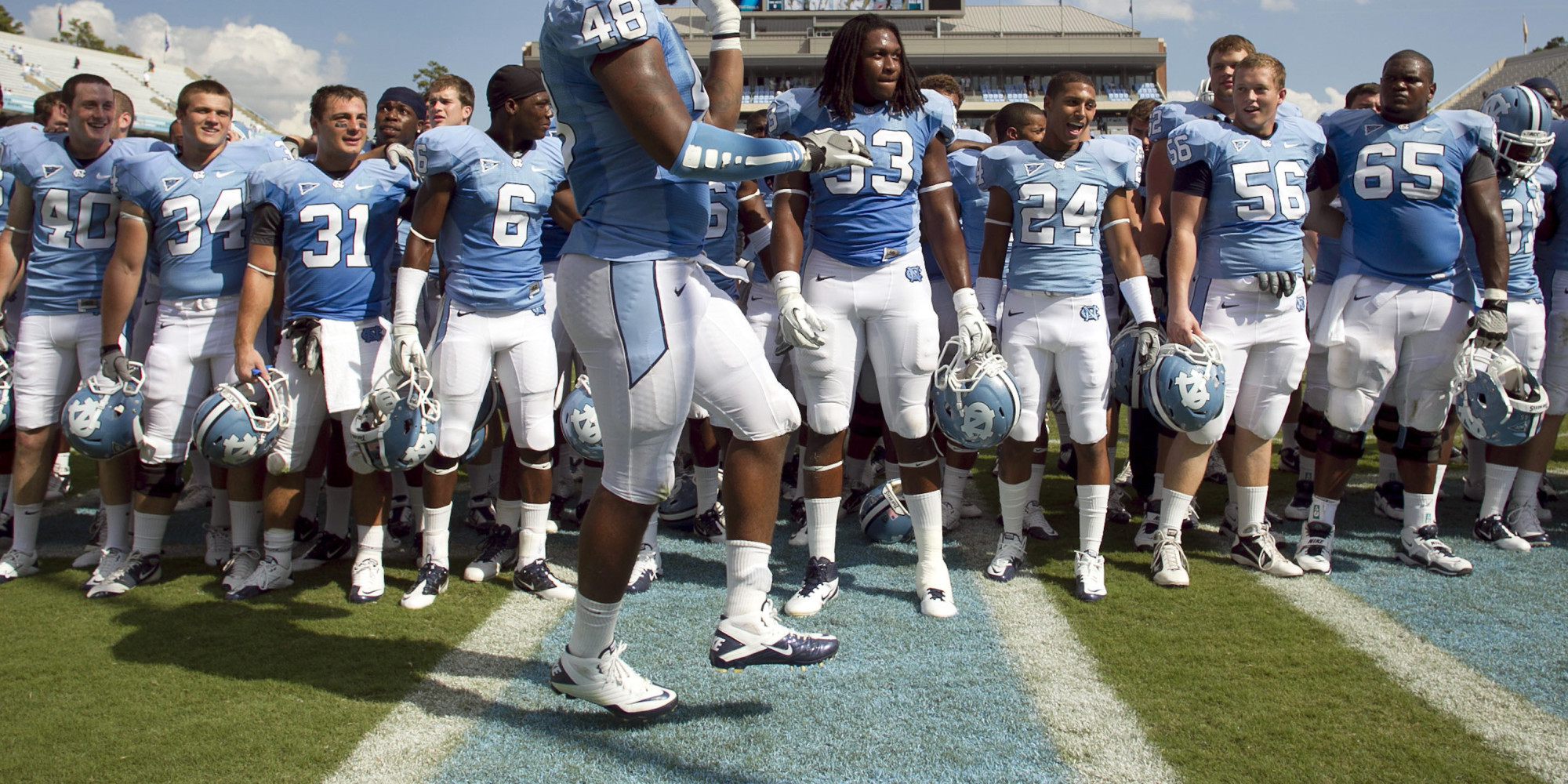 When things went bad over the previous two seasons at North Carolina, they often went cataclysmically bad. Each year featured a four-game losing streak by the middle of October, the sign of a team predisposed to sink like anvils at the first hint of adversity. Larry Fedora, the Tar Heels fourth-year coach, diagnosed this as a distinctly mental failing. So, for the 2015 preseason, he delved into his trove of psychological ploys and played his library card.

Each of North Carolina’s seniors was assigned a chapter from The Positive Dog: A Story About the Power of Positivity, by author Jon Gordon. During training camp, the veterans presented individual reports discussing what they read and how it impacted the team. Landon Turner’s material revolved around the cost of negativity, and how a small block of naysayers can infect an entire operation from the bottom up. After enduring three inconsistent years, the Tar Heels guard might have penned the chapter himself. “I just challenged the guys on the team not to be that five percent of people that are bringing the whole team down,” Turner says. “If you get negative or down about a game, it’s got to be water under the bridge.”

It did not take long this fall to affirm that this version of North Carolina was more equipped to bounce back from misfortune. In the locker room after the South Carolina loss—a game the Tar Heels led entering the fourth quarter—Ryan Switzer was fully prepared to mope. After two years of routine disappointment, the junior receiver and his teammates had added another letdown to the heap. Here we go again, he thought. “Personally, I wanted to kind of grieve a little bit and get pissed off,” Switzer says. “I wanted to go home, I didn’t want to talk to anybody, I didn’t want to hear any rah-rah speeches.”

He didn’t get one, at least not exactly. Nor was he afforded time to pout. A group of veterans—most notably Turner, senior receiver Quinshad Davis and senior linebacker Jeff Schoettmer—commanded everyone’s attention before Fedora or anyone on his staff said a word. Their message: This is not going to define our season. This is not going to happen again. There was no need to elaborate beyond that.