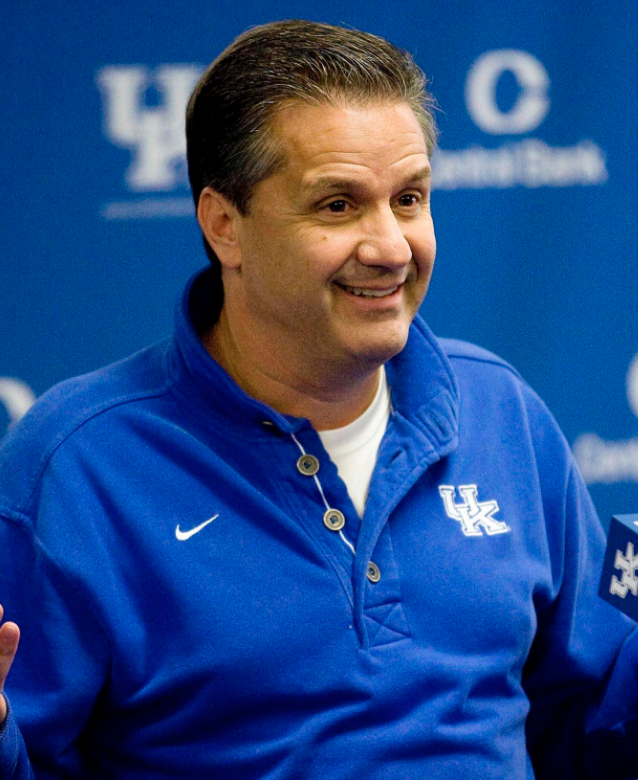 As you all saw last week, I’m working hard to get my body back into shape this summer so I can get myself ready for this upcoming season. I’ve said it before and I’ll say it again, this year is going to be a war. I like the kids we have coming in and I think it could be another special season for us.

Each time I work out I always think about certain things. One of the things I typically focus on is how I can be better for my team and my staff. I watch a lot of video of our past teams and how we played, and a lot of NBA video with movement offenses that stir my mind and confirm my belief in being “random, yet organized.”

But I also believe that before you can move forward you have to be able to reflect on what you’ve done in the past. What can I do differently, or what can I improve on for us all to be better and for these kids to reach their goals? Also, what did we do right?

One of the things I wanted to do on the website was take the time to look back on these past seven years. How have we gotten to become the winningest program during this time frame, win a championship and have the most Final Fours, have the most players in the country reach their NBA dreams, and still stay true to our high academic standards?

To get started, let’s go back to the day this all began, April 1, 2009, and look at a few of the things I mapped out. And as we’re going through this political season, the term flip-flopping has come to the forefront many times. As you’ll see, there’s no flip-flopping here! #NoFlipFlop

I made a statement at the 2010 NBA Draft when all five of our guys were taken in the first round that this was one of the biggest days in the history of Kentucky basketball. I could have gone further and said all of college basketball because it changed how everyone had to think and run their programs.

Four of our five guys that year who were drafted left after one season. It was something that caught me off guard. What basically happened was we were going to be about the kids even if it APPEARED to work against our “program.”

The following year, with a brand new team, we went to the Final Four. So we proved you could be about the kids, be about the program and still be about academics while teaching life skills and not taking away the young people’s opportunity to pursue their dreams.

Brandon Knight was a 4.3 student who left here with all As and 60 college credits, which included credits transferred from Pine Crest, where he attended high school.

What I’m most proud of is how those two teams of players performed in the NBA. What it did was it proved the narrative wrong that they were all pros before we got them. They all had pro potential, but the environment of being around each other, being challenged and being held accountable and responsible – even if you’re the best player – has proven to be a great formula. We coach every player as if they’re a starter.

None of this happens without the players in this program. I said on day one that they would come first and that will never change. As I always say, when these kids step foot on this campus to play for this university, their dreams become our dreams.

RECRUIT THE BEST OF THE BEST

When I got here I promised that I could and would recruit the best of the best. Now not every kid we coach is going to be an NBA All-Star, but because of the Kentucky Effect every kid will have an opportunity to prove themselves in that league.

Of the eight recruiting classes we’ve brought to Lexington, we’ve had either the No. 1 or the No. 2 ranked class in the country every single year, and that includes this incoming class which is one of the best we’ve ever had.

And one of those classes ranked No. 2 was the one with Karl-Anthony Towns, Trey Lyles, Devin Booker and Tyler Ulis. Who the heck had the No. 1 class?! They must have had LeBron, Kobe, Kareem and Oscar. I say that because ratings don’t have a big effect on me and how I do my job. Listen, we’re all recruiting the same guys, and we don’t get everyone we recruit, but it proves the following point …

I made a point of saying that this program is not for everybody when I first got here. I say that when I visit with recruits. At Kentucky, I cannot hide you. The media attention you get here will rival if not surpass what you will face at the next level. I have not and will not ever promise a player a starting position. That being said, 22 freshmen have earned that distinction in the last seven years.

This is about succeeding in all areas of your life, not just basketball. It’s our holistic approach. It has been and always will be that way.

The reason others have to make it as though this is only about basketball is because we are so far advanced in that area that we would get anyone and everyone on that basis.

One of the biggest ways that this program sets itself apart is that when you’re here you are held to a different standard. You are seen as role models on this campus and in this community, and it’s important to use this platform to help others.

One of the three pillars we have here is to have a kind heart. Part of that is taking an extra step to help improve the day of others. We held telethons in 2010 and 2012 that each raised at least $1 million for victims of natural disasters. At Kentucky, it’s about more than just basketball, and that follows you after your time here. That’s why John Wall and DeMarcus Cousins both donated $1 million to charity from their first post-rookie deals.

This place isn’t for everybody, but when you come here it’s a brotherhood and a lifestyle. We talk about being a servant leader: being about each other more than yourself. That’s really hard for an 18-year-old.

The Success Rate here means that you will get a degree, make it to the NBA, or do both. I’m so proud of the work we’ve been able to do in the classroom. All 14 of the players we’ve had who have been eligible to graduate by the end of their senior years have done so. Patrick Patterson, Jarrod Polson and Alex Poythress earned their degrees in just three years. Alex was an Academic All-American.

We’ve posted a combined grade-point average of 3.0 or better in six of the last eight semesters and just posted a perfect APR score of 1,000, which is a four-year composite score, and only 17 other schools have received a perfect score – and no, they didn’t. We have also been awarded as being in the top 10 percent in the country in the APR in each of the past two years. This is important to me and will always be an emphasis.

WHEN YOU GET IT RIGHT …

Well, I was wrong, it did happen in a year.

There’s nothing better as a coach (and I imagine as a fan) than to be competing for championships, both SEC and national championships, every single year. Now the NCAA Tournament isn’t a seven-game series, and even though wenever seem to have an easy path, we’re always right there with a chance. We went to four Final Fours in five years, won a national championship and have won eight SEC regular-season and tournament titles combined. We’ve also set the NCAA record for wins in a season, twice, and reached No. 1 in the country in five of our seven seasons.

But just as I didn’t have a magic wand when I got here, I still don’t have one – and I hate to say it, but I don’t think I ever will. The only way we’ve been able to accomplish what we have is through hard work, dedication and sacrifice. But when you get it right, this is the end product.

These five things – putting players first, recruiting the best, being honest and forthright in knowing the demands of this program, having success in the classroom, and capitalizing on all that to put it together and have an opportunity to raise a banner each year – are some of the cornerstones that helped build this program, and they will remain with us.

I also cannot believe that there’s any program that has better and more meaningful relationships with its former players than we do with ours.

With that in mind, in the upcoming days and weeks I also wanted to talk to you all about this upcoming season, what another great group of kids we have coming in, and how I’m going to approach this season. In addition to that, what’s in store for the future? I have some pretty crazy dreams and ideas, but it seems like each time we’ve had these we’ve still been able to accomplish them. That’s part of UK being the gold standard. What’s next?