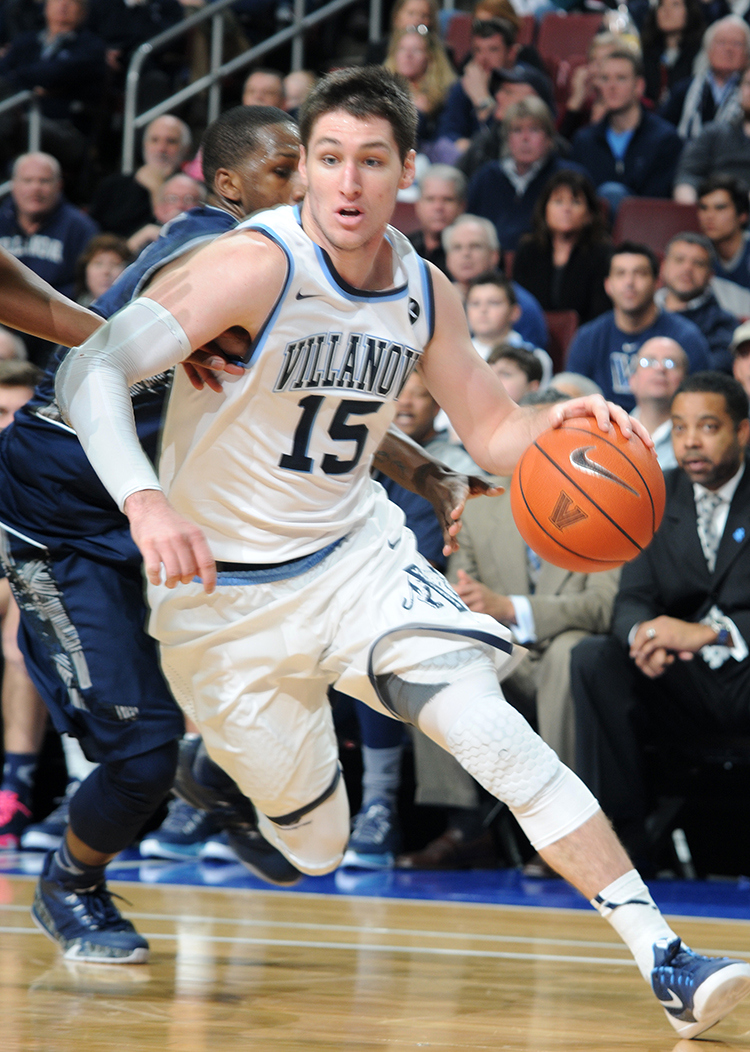 Ben Luber was home after a season playing professionally in Israel and started doing some personal training in Bucks County while searching for his next playing opportunity. His high school teammate and close friend, Adam Bowen, very involved in the local hoops scene, called to tell him a parent he knew wanted someone to look at his son and possibly train him. The boy had just finished seventh grade.

“I think he could be one of the best guards in the country,” Bowen told Luber.

“I said, ‘Come on Bo, in our backyard, in Bucks County, Pa., one of the best guards in the country?’ ” Luber said to his friend.

The father called Luber. He agreed to work with his son.

“The dad asked me to give him an evaluation of his son, tell him if he has any chance of playing Division I basketball,” Luber remembered.

“The first time I worked with him, he could do all the basic things very well,” Luber said. “I could tell he had some talent to him. He was different. Then, I started progressing and challenging him with two basketballs. He couldn’t do them. They were falling on his feet. What he started to do, he was punting the ball in frustration. He was getting aggravated to the point where he just couldn’t take it.

“He had a temper and so I had to talk to his dad and I said ‘Look, your son’s got some skill, but he’ll never play Division I basketball with that attitude. He can’t be a whiner. He can’t be a complainer. He has to control himself. College coaches see that, they’re going to be turned off by it.’ “

That night the soon-to-be eighth-grader called Luber to apologize and said: “I’ll never do that again. I was just frustrated that I couldn’t do the things.”

“We did the same drills and he could do all of them,” Luber said.

Seems the boy spent the night in his driveway working on what he couldn’t do. The next day, he was ready. Luber called the dad to tell him his son was going to be special, that he had D-I potential.

“You just don’t see kids work like that,” Luber said.

Tonight, Ryan Arcidiacono, the son of Joe and Patti Arcidiacono, will be the starting junior point guard for Villanova as the No. 1 seed Wildcats play No. 16 Lafayette in the NCAA Tournament.

Ryan Arch and Luber spent just about every day in the gym that summer. Luber, a prodigy himself, watched Ryan put in the work that eventually led him to being not only a Division I prospect, but a highly acclaimed prospect. When Luber was home, he helped Ryan develop his game.

“I wanted to work and he was able to push me,” Arcidiacono said yesterday in the Villanova locker room at Consol Energy Center. “Eventually, I would just text him. I wouldn’t even ask my dad. He’d come pick me up. He’d take me to work out. We’d go to college games to watch. He’d always talk to me about his college experience and how it can affect my college experience.”

Luber, the grandson of Joe Spratt, one of Jack Ramsay’s first top players at Saint Joseph’s, was a first-team all-state player at Council Rock North, one of the best players in Bucks County history and a 4-year point guard starter at Penn State (2003-07). He knows good point-guard play.

“I was a big believer when he hit the AAU circuit,” Luber said. “When you see him in an AAU setting on a team made up of kids from Bucks County and they’re playing in the Final Four against Shabazz Muhammad in Las Vegas and he’s the best player on the court.”

He remembers a state playoff game for Neshaminy High against Bartam when Ryan was a sophomore. The Bartram High star was Tyrone “Southwest Philly Floater” Garland.

“He put on a show, that’s when I realized this kid was a star,” Luber said. “He was unbelievable.”

The kid was just named Big East Co-Player of the Year. He has been starting point guard for Jay Wright from the day he stepped on campus. His team is 32-2, ranked No. 2 in the country. The Wildcats’ record the last two seasons? 61-7.

“From the first day I worked out with him, I trusted him,” Arcidiacono said of his relationship with Luber. “I kind of put my life in his hands and he took me to the place I am today. All those workouts I continued throughout my high school career.”

Arch did remember that first day and smiled in the retelling.

“Back then, I was definitely a crazy person,” he said. “If I’d mess up, I’d kick basketballs through the gyms, punt the balls. I was just so competitive and I wanted to be so good at it . . . I think he saw that in me the first couple times we worked out. Ever since then, I just worked on my attitude and tried to perfect everything.”

When Luber’s playing career ended, he became an assistant for Tommy Dempsey at Rider. He is now on Dempsey’s staff at Binghamton.

Luber has remained very friendly with Arch and his family. Once he began his coaching career, he became more of a mentor.

“We connected in a certain way,” Luber said. “The last thing I would want is credit for his success. I just had a chance to help a kid who was going to make it no matter what.”

Arch, Luber said, is still trying to get better.

“He just texted me a link,” Luber said. “It was a link to a Business Insider article about 29 things successful people do. This kid’s in college?”

He is in college. He is playing for one of the country’s best teams. And he has not forgotten those early lessons.

“We’re definitely real close,” Arcidiacono said. “I talk to him all the time. He’s the one person I can attribute me getting to where I am today because I used to work out with him every single day from seventh grade to ninth grade until he got his first job at Rider. Ben’s been like an older brother so I know I can talk to him about anything.”