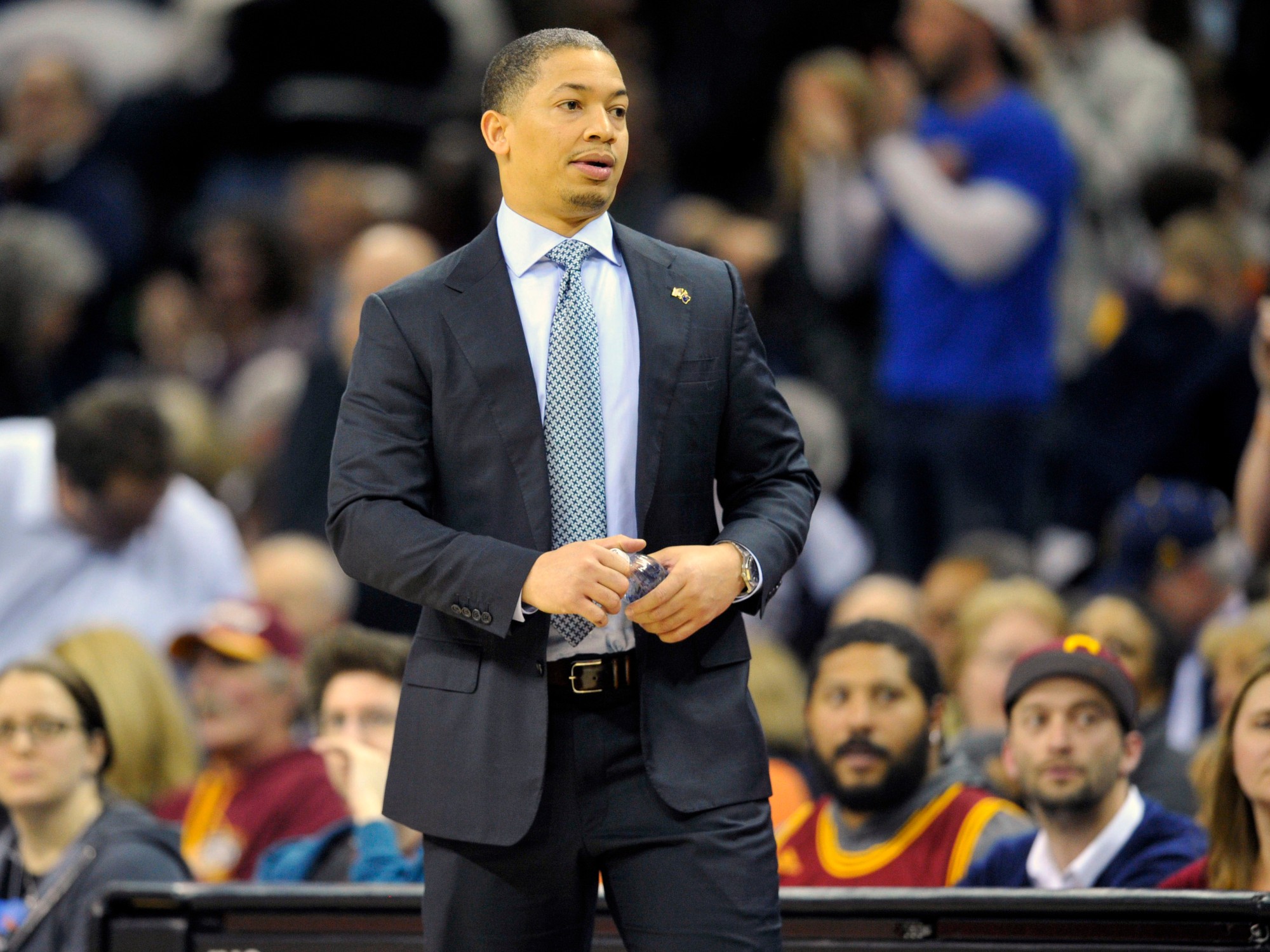 From Stan Van Gundy, he crafted some of his offensive philosophy.

From Scott Skiles, he developed a defensive philosophy.

From Doc Rivers, he learned how to lead a team in addition to culling a set of effective after-timeout plays.

Throughout his playing career, Lue took notes and sketched plays and put them in a binder labeled by that coach’s name.

“I noticed him writing plays down, and players usually don’t do that,” said Rivers, theLos Angeles Clippers’ coach. “What Ty has done is taken a little of Phil, of Stan, of me, of Scott, and what he’s done very well is made it his own. That’s what you have to do.

“You can’t do exactly what the coach you played for or coached with did. You have to make it your own, and he’s doing a great job of that.”

In his first season as a head coach – a half season actually since he took over for fired David Blatt when the Cavs were 30-11 – Lue finished the regular season 27-14, improving in the final month and through the playoffs as he installed his offensive and defensive plan.

“With not a lot of practice time and taking over 41 games into the season, it was hard,” Lue said. “But the guys did a great job of continuing to pick it up, continuing to get better each and every day.

“The last month or month and a half of the season we took off and started playing and becoming who we wanted to be as a team.”

As the Cavs rolled through the Eastern Conference playoffs, Lue settled in, discovering the right rotations, designing plays that worked and knowing when to call timeouts.

“He’s just very composed,” Cavs star LeBron James said. “He’s very sure of his knowledge of the game, and what needs to be done for our team to be successful. It’s great to have him standing up over there because he’s just very even-keeled. He knows what he wants from us, he demands it.”

The NBA Finals against Golden State have presented Lue with his biggest challenge. The Cavs are down 2-0, and Game 3 is Wednesday in Cleveland (9 p.m. ET, ABC).

Lue has had trouble finding the right rotations against the Warriors. Channing Frye’s minutes have been limited in this series, and Lue had James and Kevin Love on the bench at the start of the fourth quarter in Game 1 when it could be argued they should have been on the floor with Golden State leading 74-68. By the time James and Love went back in, Cleveland trailed by double-digits.

But this is more about Golden State’s players than what Lue is or isn’t doing. The Warriors are adept at taking away what the Cavs like to do, and the Cavs don’t have the personnel to counter it.

Lue will keep trying to find better rotations and better ways to be more effective. Earlier in the playoffs, he said he had trouble sleeping as strategies ran through his mind.

When the Cavs beat Toronto and advanced to the Finals, Lue told USA TODAY Sports, “It means a lot. Through all the stuff we’ve been through this year, and the circumstances in which everything happened, it’s just … it means a lot. I can’t really describe it. It hasn’t sunk in yet, but just the hard work I’ve put in, just being organized and just try to do the right as a human being.”

For much of his career as a player, Lue had never considered coaching, but Rivers saw potential.

Lue retired in 2009 and called Rivers, who didn’t have job opening with the Boston Celtics. “I called Danny (Ainge) and said ‘Listen, I want to hire another coach but I don’t have a position. I want to put him behind the bench, and I’m telling you, he’ll be good.’ Danny trusted me. I called Ty and offered him a job.

“It takes time to stop being a player and understand coaching is a whole another thing. It takes all of your time. You work twice as hard. You watch more film.”

Rivers said Lue made the transition in Boston when Rivers had Lue work with Rondo and in Los Angeles when Rivers made Lue the Clippers’ defensive coordinator.

“I told him he had to stay here all summer. He had to watch every team and do the scouting for every team and I wanted a report. And he did it,” Rivers said. “That’s when he transitioned over to really doing it, and from that day forward, he was ready to go.”

When contacted by USA TODAY Sports, Jackson, who coached Lue on the Lakers, said in an e-mail that his memories of Lue as a player “cloud my thoughts of him as a coach.” Jackson said Lue wanted to hang with the “big dogs” and they called him Mini-Me.

But Jackson also said, “As he matured in the league, one saw his ability to facilitate the needs of a team and be a steadying influence as a lead guard.”

Lue has displayed those same abilities as a coach.