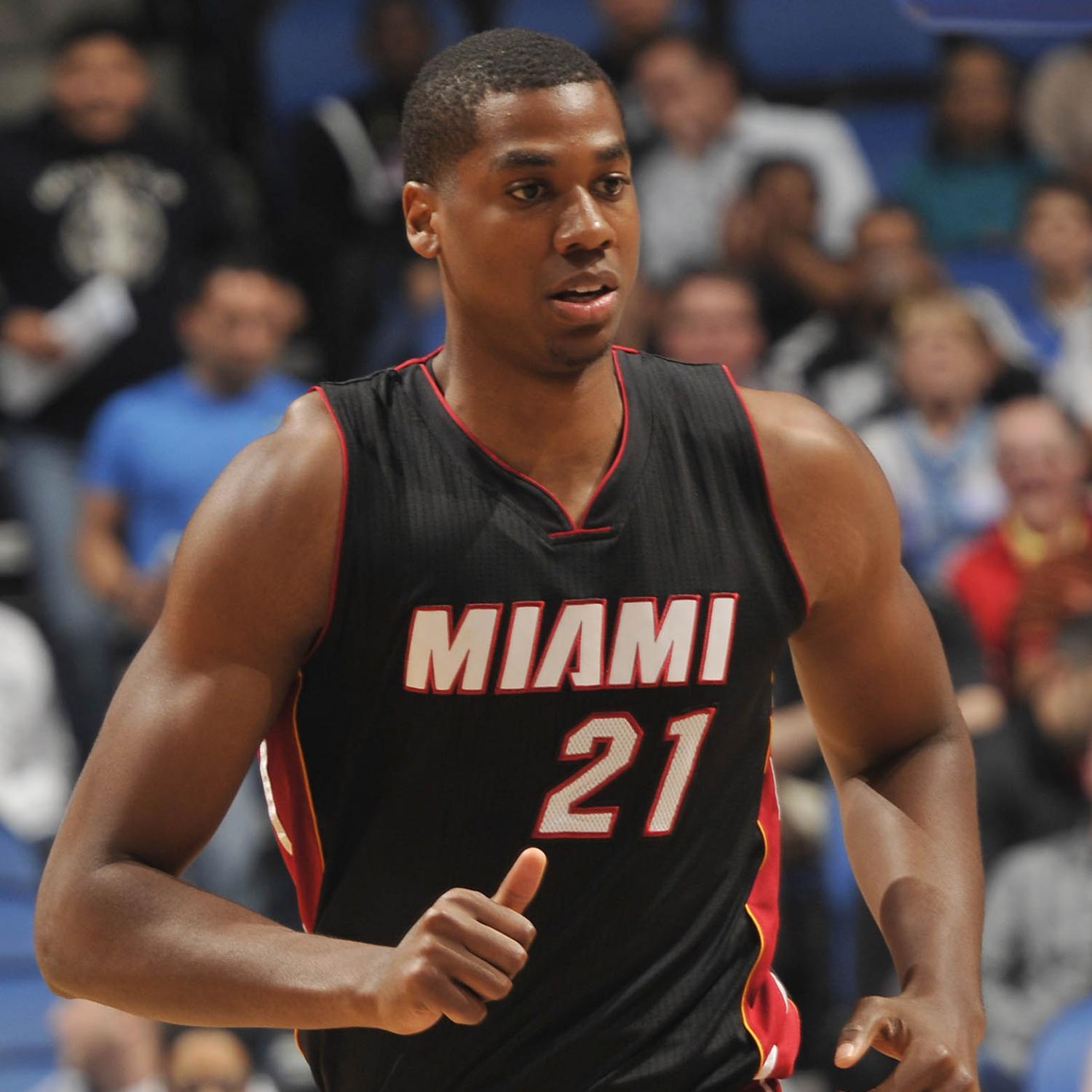 Just 18 months ago, Hassan Whiteside — the 7-foot shot-blocking and rebounding machine who today stands to earn max-contract money — was battling plumbers, bus drivers and paralegals at the local YMCA. Seems inconceivable for such a spectacular talent, but there was a reason. By the time he set foot in the Y, Whiteside had played his way out of the NBA, the D-League, the Western Hemisphere and even vaguely recognizable pro hoops, devolving into basketball irrelevance with future prospects only marginally better than Sidney Deane’s in White Men Can’t Jump.

That he’s clawed his way back from oblivion to become the NBA’s premier rim protector is a testament to his will and determination. But it also highlights an overlooked yet critical attribute that in Whiteside’s case, separated a $20 million-a-year player from a guy seemingly in a big hurry to work at Denny’s: professionalism. “A lot of players think being a pro is getting a paycheck for playing,” says Paul Mokeski, Whiteside’s coach with the Reno Bighorns for the 2011–12 season and now coach of the Moncton Miracles in the National Basketball League of Canada. “Being a pro is doing what you’re supposed to do, when you’re supposed to do it, all the time. Not three out of five times, not two out of four times. All the time.”

Whiteside was just 21 in that 2011–12 season, a second-round pick of the Sacramento Kings sent to Reno to develop his game. D-League players on assignment from their NBA parent clubs make NBA money, which creates something of a culture clash in a league where unaffiliated players scrape by on as little as $13,000 a year. Sometimes a player comes down from the NBA with the right frame of mind and wants to improve his game, says Eric Musselman, Whiteside’s first coach in pro basketball and now the head coach at University of Nevada, Reno. “Hassan looked at the D-League as a demotion. He didn’t want to be there.” On a Bighorns team that featured future NBA players Jeremy Lin and Danny Green, Whiteside’s attitude stuck out. Musselman says that in contrast to Whiteside, Lin stayed after practice and kept working — he wanted to stay in the D-League to work on his game rather than sit on an NBA bench. Hassan, says Musselman, “hadn’t grasped that approach.”

But Reno was to be just another stop in an already transient career. He’d suited up for three different high schools — two in his native North Carolina and one in Newark, New Jersey — before spending a single year in college at Marshall University. With the Thundering Herd, Whiteside led the nation in blocked shots and rocketed out of semi-obscurity. But no sooner had he declared for the draft than things began to unravel. Initially floated as a possible late lottery pick, rumors that he was “problematic” surfaced. He tumbled into the second round where he was selected by what was (and still is) the worst franchise in the NBA: the Sacramento Kings. It was the start of a five-year slide of epic proportion. “When you put a young player in a situation like the Miami Heat,” says Mokeski, “their process of maturation is sped up. You’re around pros. They show you how to be professional.”

But the Kings weren’t the Spurs, the Heat, the Warriors. They weren’t even the Wizards. As Mokeski diplomatically puts it: “Let’s take the other case. You’re thrown into a chaotic situation … there’s no structure, no accountability … you’re a young player, you don’t know what you’re doing. You’ll just follow any lead.”

And so Whiteside followed his own, becoming one of the only players ever returned to his parent club by its D-League affiliate, and was released by the Kings following the 2012 season. Whiteside’s odyssey was a kind of global wandering: Sichuan Blue Whales in Chengdu, China; Amchit Club in Lebanon; the bizarrely named Jiangsu Tongxi Monkey Kings (also China); with stops in Des Moines and Hidalgo, Texas, along the way. In summer 2014, he returned home and began working out at the Dowd YMCA in Charlotte, North Carolina, a concrete mid-rise with the aesthetic charms of a medium-security prison. As he told the New York Post (the Heat did not make Whiteside available for comment), “I was at the downtown Y just chilling, working on my game. I couldn’t get a team to pick up the phone.” But the Heat finally signed him to a two-year deal that expires this summer. Whiteside will be an unrestricted free agent likely to multiply his annual salary some 15 to 20 times.

“Hassan was preoccupied with wanting to be a low post scorer rather than just doing what he was gifted with — running the pick and roll, finishing at the rim, offensive rebounding,” Mokeski says. “You can make tens of millions of dollars in the NBA doing that.” And that’s exactly what Whiteside’s doing with the Heat. He’s a shot-blocking and rebounding force who finishes well diving to the rim off the high pick and roll while scoring a lot of “garbage” buckets — tip-ins, put backs, loose balls that become dunks. In a league that features few dominant low post scorers, Whiteside’s a tremendous weak side shot blocker who rarely faces an opposing center who demands his full attention. He ranks eighth in the entire league in player efficiency rating (PER), one behind Kawhi Leonard, two ahead of Anthony Davis, 10 spots ahead of Blake Griffin. “I watch him now and he’s a different player,” says Musselman, who attributes the success to a combination of hard work and being with an outstanding organization.

He’s a bit slight for a 7-footer and can be bullied in the post while his overall offensive game remains raw. At 26, there are legitimate questions about how much his actual skill set (as opposed to his mentality) can improve. But considering where he’s come from, no one can put a ceiling on Whiteside’s future. Says Musselman, “The guy who surprised all of us, and eventually figured it out, is Hassan.”