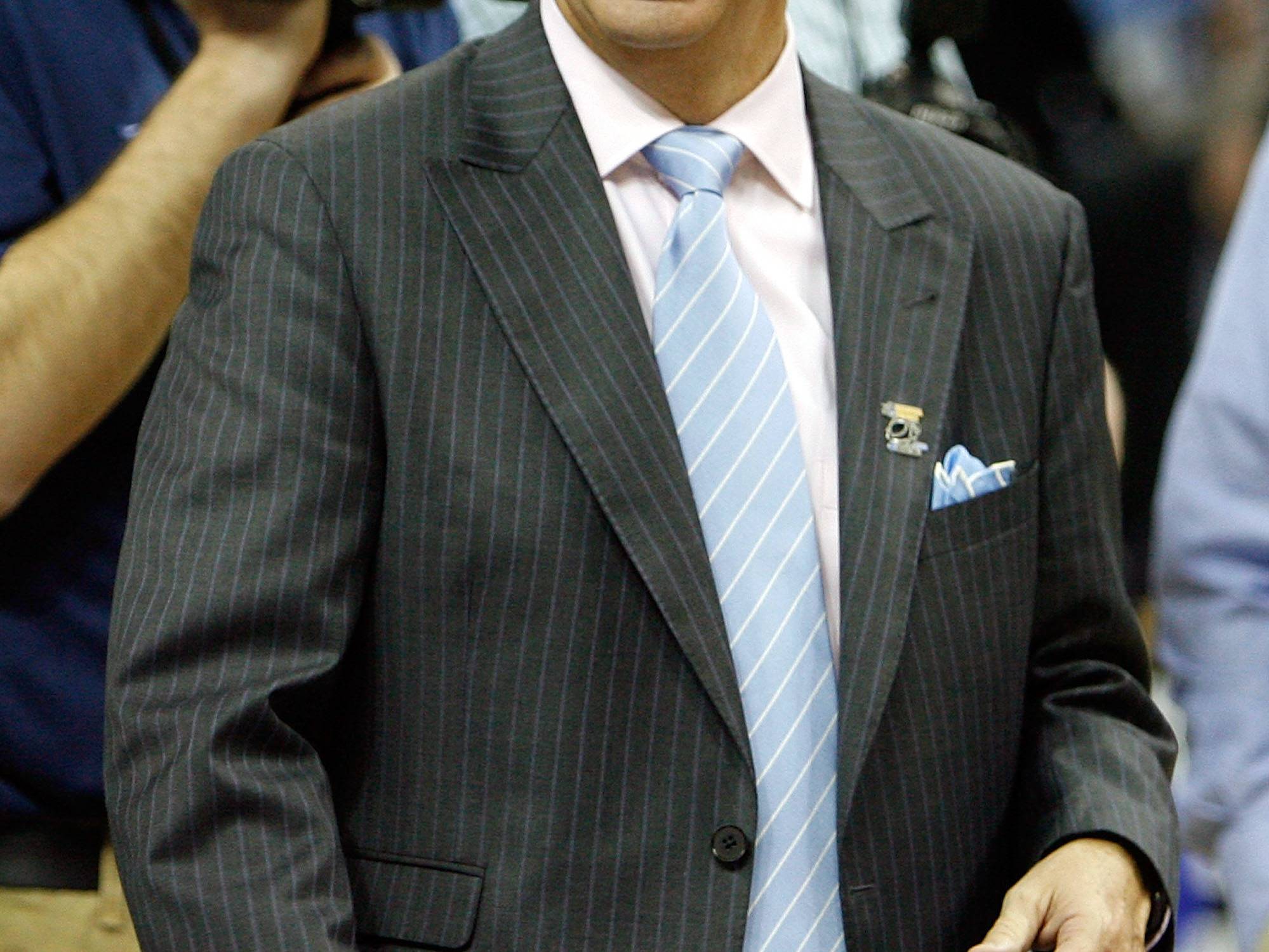 John Calipari has been cleaning up since he took over in Lexington, Kentucky. Mike Krzyzewski has utilized his position as the head of Team USA, and Bill Self and Sean Miller have been able to reel in top-10 recruits to Lawrence, Kansas, and Tucson, Arizona.

It wasn’t all that long ago that Roy Williams and North Carolina were the most feared duo in the country on the recruiting trail.

“They have really fallen off,” one ACC head coach said.

“They don’t scare me anymore,” added another assistant in the league.

Yet Williams stands one game shy of taking North Carolina back to the top with a victory Monday night against Villanova in the national championship game.

The landscape was certainly altered when Calipari took over at Kentucky in 2009 — where he was able to capitalize on the five first-round 2010 NBA draft picks.

There was a time not all that long ago when Williams wasn’t just considered the King of Tobacco Road, but was the most feared recruiter in the business. He was relentless on the recruiting trail and nothing went further than the work ethic to go along with the North Carolina name and tradition.

Remember, Williams pulled the No. 1 player in the country, Harrison Barnes, to Chapel Hill in November 2009 after a lengthy battle in which many thought he’d wind up at Duke. That was his fifth top-10 player — Tyler Hansbrough, Brandan Wright, Ed Davis and John Henson being the others — in a six-year period.

Now Williams can’t compete with K for the elite guys. Brandon Ingram grew up in Kinston, North Carolina, the same town that produced ex-UNC standouts Jerry Stackhouse and Reggie Bullock. Despite also playing for Stackhouse’s AAU program, he opted for the Blue Devils, largely because of the uncertainty surrounding North Carolina and potential sanctions.

Sure, he was still able to get Justin Jackson and Theo Pinson, ranked eighth and 10th respectively back in the 2014 class, but both committed prior to the NCAA reopening the investigation following the allegations of former player Rashad McCants that he took fake classes and Williams had knowledge.

Williams standing here now on the podium in Houston seemed like a pipe dream less than two years ago.

Over the past two years, he hasn’t landed a single top-10 player. Kentucky has landed four in the same span, Duke three and even UCLA and Cal have landed a pair.

UNC’s three-man class that will land in Chapel Hill this summer doesn’t feature a single player in the top 20.

“The biggest part has been the negative recruiting the other coaches were able to do,” North Carolina’s Marcus Paige said. “Coach works as hard as anyone on the recruiting trail, but it’s so hard to convince a guy to come to a school when you have other people telling you there’s no chance this team could play in the postseason, that we’re going to get the death penalty. You hear it. The recruits ask us about it.”

“The negative recruiting has hurt us,” UNC assistant C.B. McGrath admitted. “Kids know all about it. It’s been that way for the last three years. People saying we’re not going to the NCAA tournament, people using it against us.”

North Carolina was labeled by some as the most talented team in the country prior to this season. The Tar Heels were given the No. 1 tag back in November, but let’s face it: This team will likely have one player drafted in the first round –Brice Johnson — and that’s not even a guarantee. There are plenty of teams that boasted more talent, but this one has enough talent to go along with good chemistry (the loss of J.P. Tokoto helped in this department), experience, balance and depth.

Williams often gets hammered by those in the profession for his inability to maximize his team’s talent, but he has done just that this season. He’s on the verge of winning a third national title in an 11-year span, which would be more than any other coach or program in that span.

Williams maintains he had no knowledge of the paper classes that were ongoing for years in Chapel Hill. We don’t know quite yet whether that’s accurate, but what we do know is that he has somehow — through the cloud hanging over the program — managed to find the sun.