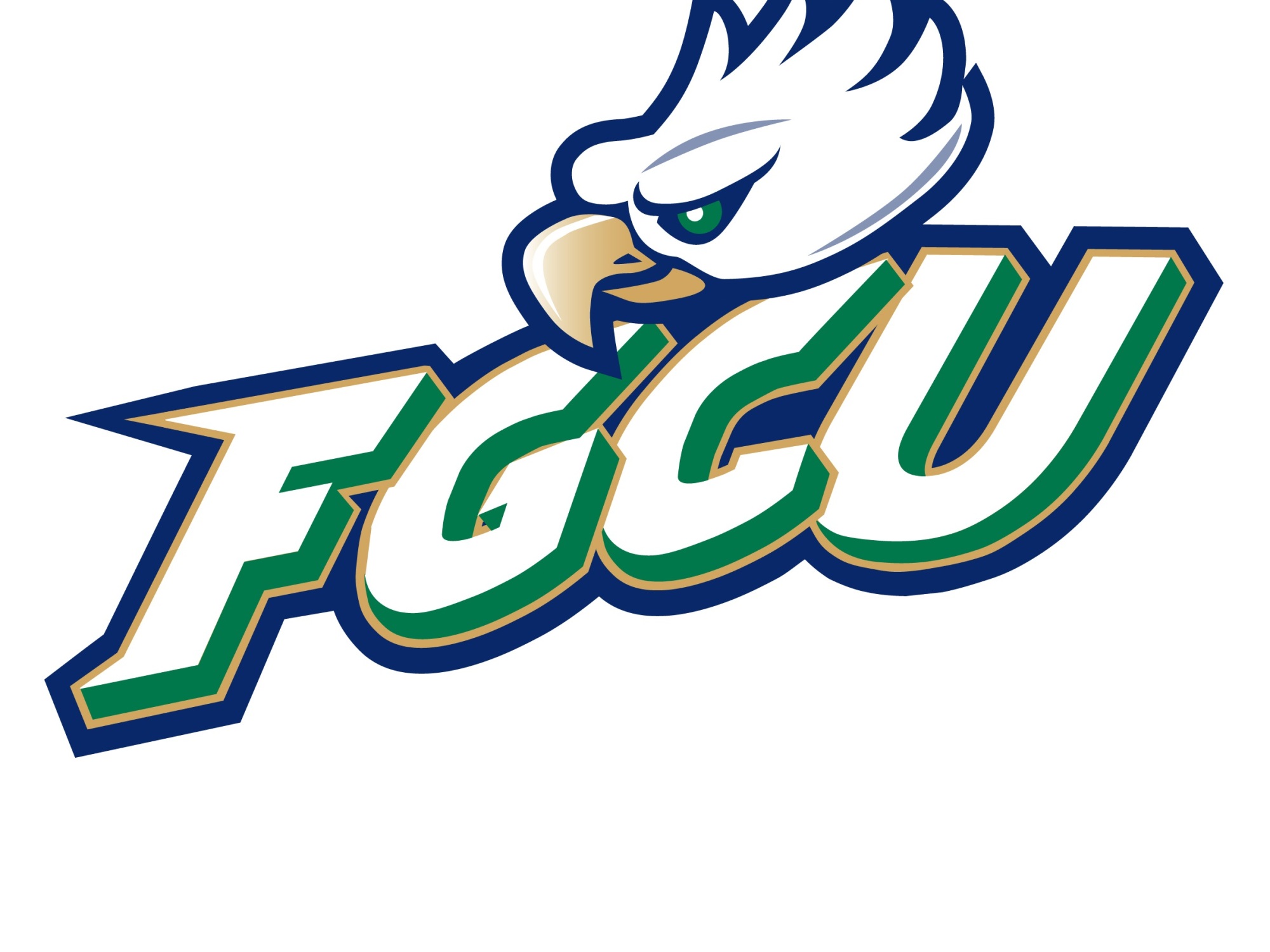 They filed through the doorway, their moment expired, no unprecedented victory or Sweet 16 run part of this year’s story.

Florida Gulf Coast knew the odds were long. “124-0,” Eagles Coach Joe Dooley said the night before the game, a reference to No. 1 seeds’ record in the first round of the NCAA tournament, but still there was that chance. Someday a No. 16 seed would defeat a top-seeded program in the NCAA tournament. Why not them, as the players at this tiny Fort Myers program had told themselves? Three years ago “Dunk City” reached the Sweet 16, toppling second-seeded Georgetown and then No. 7 San Diego State. Why not top the program’s highlight and make basketball history?

But North Carolina was simply too powerful, too big and too physical in an 83-67 victory. Now Eagles guard Julian DeBose hugged his teammates, and forward Marc-Eddy Norelia went around the locker room shaking hands. Freshman guard Rayjon Tucker pulled his shirt over his face and cried.

Assistant coach Michael Fly, who had designed a quick-turn game plan that, for one half, made the Tar Heels look beatable, wrapped his arms around a staffer. “I appreciate everything, man,” Fly said.

The longshot Eagles had prepared for this contest over the previous 24 hours. They planned for it, Fly designing a strategy that used his team’s supercharged effort and took advantage of the mighty Tar Heels’ small weaknesses. After one half Thursday, it seemed to be working: North Carolina had six offensive rebounds and the Eagles had made the Tar Heels work for their 41-40 halftime lead, chants of “Let’s go Eagles!” somehow the loudest thing in the building.

Then the second half began, and North Carolina put a stop to the hope.

“It’s just all we could ask for against a No. 1 seed,” DeBose said.

With the locker room door closed, Dooley addressed his players after their final game of the season. Filip Cvjeticanin, a forward from Croatia, was the only remaining player from that 2013 team. Dooley thanked him, not only for bridging two eras at Florida Gulf Coast but for insisting throughout this season that this was even possible.

Teammates approached Cvjeticanin and asked him: What is it like, the NCAA tournament? The big man would smile and reflect, a college basketball Crash Davis, and tell them about the show: the perks, the big arenas, and just you wait.

“The best experience,” he liked to tell them, “of my life.”

‘Figuring out how to do it’

The night before, Eagles coaches had trickled into a quiet room, taking their seats around a circular table. Dooley walked in last.

“So what do we think we need to clean up?” he said, and Fly stood to distribute scouting reports.

When Florida Gulf Coast’s NCAA destination was announced — first a tournament play-in contest against Fairleigh-Dickinson, the winner going on to Raleigh to face the Tar Heels — Dooley assigned two coaches to scout Fairleigh-Dickinson. He asked Fly to ignore the Knights and begin forming a plan for North Carolina.

A versatile 32-year-old who’s the only staffer remaining from the 2013 team, Fly began cramming. He made notes of North Carolina’s preferred offenses, along with how often Coach Roy Williams tended to employ them. He noted each player’s dominant hand, a hint at which side he’d lean toward and shoot from. He looked for tendencies and tells, finding that star forward Brice Johnson liked shooting from his left and that guard Marcus Paige sometimes gives up on screens. He saw, again and again, North Carolina’s size and physicality — like nothing the Eagles had seen in the Atlantic Sun.

By the time Fly closed his laptop, it was after 4 a.m., six hours before the Eagles’ chartered flight would leave for Dayton and time for a cool three hours’ sleep — “With Carolina actions,” Fly would recall, “running through my head.”

Florida Gulf Coast won its play-in contest, and on the late-night flight to Raleigh, Fly slipped Dooley his files. The Eagles’ only chance at a massive upset, the assistant had concluded, had almost nothing to do with his own team; it was only about dulling the Tar Heels’ dominant transition game and limiting offensive rebounds.

The weary team packed into a hotel behind a Target, coaches turning a ballroom into team headquarters. A staffer outlined a lane with athletic tape, and during walk-throughs a towel wrapped in more tape would act as the basketball.

Dooley, emphasizing rest over repetitions, asked players to keep their legs raised and to eat often. They dismantled a catered meal around 7 p.m. and then barbecue three hours later. He instructed assistants to let players sleep in Thursday.

Before the evening’s final team meeting, the staff gathered one more time to brainstorm match-ups and how they would attack. They could double-team Johnson, but that would make the Eagles susceptible to foul trouble. They could run a full-court pressure defense, but that could lead to fatigue.

“We haven’t played a team as talented as Carolina, but our big, big traps have not hurt us this year,” veteran assistant Tom Abatemarco said.

“Yeah, but look at who we’ve been trapping,” video coordinator Lawrence Brenneman said, noting the level of opponents the Eagles are used to.

“That’s like me and Brenneman trapping Fly,” Dooley said.

The smiles faded, a big decision still to be made.

“You don’t want to give up anything,” Fly said. “But you’d rather them be bumping back shooting a three rather than throwing it up. To me, that’s got to be our message the whole time: Just play inside the line and force them to beat us with jump shots.”

Thursday’s wake-up calls began at 9, and after breakfast the team boarded a bus bound for PNC Arena. News conferences and the previous day’s cram session were finished; now it was about final prep — and, perhaps more important, soaking in the atmosphere.

This was, as tournament veteran Cvjeticanin had described, part of the show: a bus ride to the arena with a police escort, shooting baskets alongside teammates in a massive venue, a party for fans scheduled later at the team hotel.

Dooley, though, wanted to maintain the team’s normal routine as much as possible. The pregame meal would be scheduled four hours before tipoff, and the bus for the arena would leave about two hours before game time. If a player missed a free throw or anyone made an airball, they had to run the arena stairs.

Assistants, at the mercy of the best and worst parts of a tournament atmosphere — a surplus of time — paced the halls or monitored scores or checked in with recruits. Abatemarco dialed two prospects Wednesday evening, making sure to note the significance of the occasion. “Got a tough one tomorrow night, man, got the Heels,” the assistant said during a voicemail to a recruit, underscoring that coaches at this level aren’t offering Final Four appearances or private jets; it’s the chance to play top-tier opponents during the occasional NCAA tournament appearance.

“We play Carolina, 7:20 Eastern time,” Abatemarco said during another.

At the end of Florida Gulf Coast’s 20-minute shootaround session, more idle time ahead, guard Dolan Mahoney missed a free throw and took off toward the stairs. When he reached the last row of the upper deck, the team stopped and waved to the speck so far above them.

Then the horn sounded, and the balls were put away until tipoff. But by then, the theme of the day was becoming clear: No matter the message or the strategy, this day was as much about the experience as the result.

Before they left, players and coaches gathered at midcourt, resting arms on shoulders and squeezing in tight. A photographer took aim, but then Mahoney came running, red-faced, through the tunnel.

He took his place on the edge, and a teammate pulled him closer as the photographer pushed the button.

The bus was almost silent as the bus moved from the hotel to the arena, the big moment almost here. Tipoff was in less than two hours.

A few players disappeared inside their thoughts, and assistant coach Senque Carey pushed in earbuds and bobbed his head. Fly, the assistant coach in charge of planning the evening’s strategy, stared at his phone as 12th-seeded Yale upset No. 5 seed Baylor.

“Everything is possible, you know?” Cvjeticanin said earlier.

The vehicle approached the arena, lots parked with cars for a veritable home game for North Carolina, whose campus is 22 miles away, and onlookers lined the curb for a glimpse through the shaded windows. One young man stood and saluted.

The bus parked behind a fence, and coaches and players filed down the steps and into the tunnel. Players slid on their jerseys, and coaches changed into suits. The minutes passed, and soon it was time.

Time for warm-ups, time for the national anthem, time for one last meeting before two hours that, whether the Eagles won or not, would transform into 60 years of memories. The red digits of a countdown clock showed nine minutes until showtime, and players pushed into the Eagles’ cozy locker room, the door closing behind them.

Dooley sped through his keys to the game — “Fight” was underlined twice — and emphasized the plan of a suffocating trap defense and limiting the Tar Heels’ shots in transition and offensive rebounds.

“We build a wall,” he said, “and every time they drive, they see five blue jerseys.”

The seconds counting down, Dooley slowed his words.

“You guys have earned this opportunity,” he said. “It’s a lifetime opportunity to do what? Play a game against a team that you’ll remember the rest of your life. Let’s play. Let’s have some fun, and you know what?

“When you come back into the locker room after the game, the thing they’ll say: ‘Those are some hard-playing dudes.’ ”

Players nodded and clapped, pushing in together one last time — “One, two, three — family!” — before the door opened.