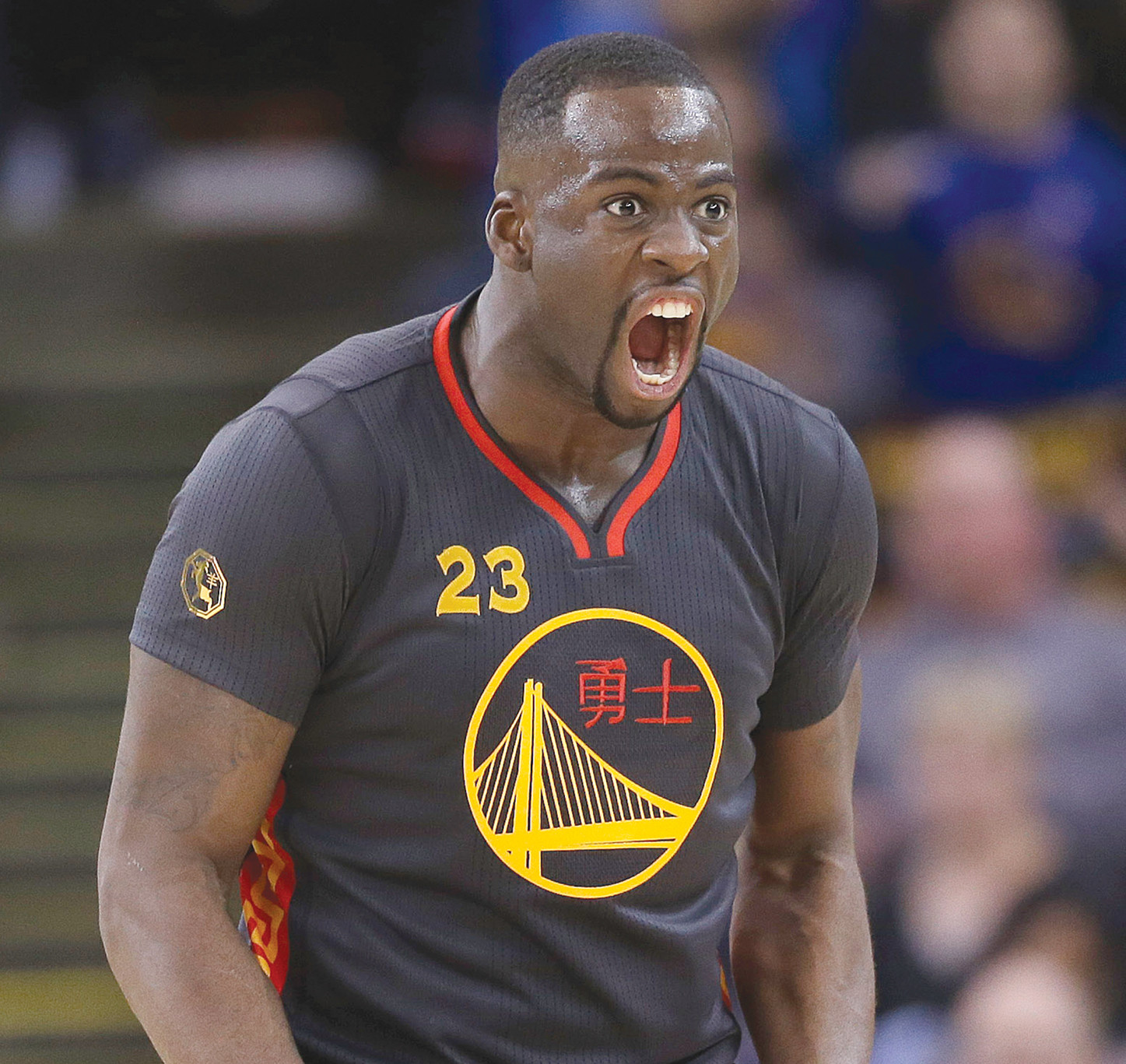 There’s a false belief that the Golden State Warriors are a strictly harmonious group, a bunch of merry men romping their way through the NBA. That notion neglects the need for a bit of turbulence on any team — that little dose of discord that stops short of true dysfunction.

Draymond Green is the one who provides the choppy air beneath the Warriors’ wings, the guy who requires everyone to straighten their seat backs, fasten their seat belts and fold up their tray tables.

Take the timeout during an early-season game against the Los Angeles Clippers. Center Marreese Speights had failed to make a defensive switch, generating the malleable forward’s disapproval.

“Soft,” Green said from his seat on the bench, before deciding that wasn’t enough.

Speights disagreed with that assessment. And to demonstrate, he suggested that they take the conversation to the back of Oracle Arena and settle things there, nonverbally.

It never advanced past that empty threat. It didn’t require teammates holding them apart. When the coaches finished their mini-conference on the court and joined the huddle, they weren’t even aware of what had taken place before they arrived. It wasn’t the first or last time Green and Speights had butted heads without, you know, actually butting heads.

It’s also a part of winning. Before the Warriors pulled off the championship last year, there was some concern within the organization that the players were too nice, that they lacked the edge and even nastiness it requires to take the title. They proved that to be wrong, but when Steve Kerr relinquished his head-coaching duties at the start of the season to focus on regaining his health after offseason back surgeries, even the players worried that the remaining staff members didn’t have anyone who would yell at them when they messed up. They liked and respected interim coach Luke Walton, but as Kerr said upon his return in January, Walton is “the picture of low-key.”

That left it up to Green. Stephen Curry is the face of the franchise, yet Curry called Green “the main voice of the team.”

“I try to lead in a certain style, by example, and by bringing my effort every single night,” Curry said in a conference call with international media in November. “I’ll talk a little bit, but Draymond is kind of the spirit of the team, and we kind of feed off his energy. So, he’s a huge asset for us.”

Some people connected with the team say Green set the tone for their record-setting start at an early training camp session, when he called out Klay Thompson for effort unbecoming of a team trying to win another championship.

The only thing is, that moment doesn’t seem to stand out to Thompson.

“He gets on me every day,” Thompson said.

Consider it the bad cop making his rounds, walking the beat.

“You’ve always got to have that guy on the team,” Green said. “With us, we have a lot of guys that are more on the quiet side. If nobody was willing to step up and take that role, we’d just be a bunch of church mice.

“It’s my nature, but it also was a void that needed to be filled as well. There’s times we’re on a win streak, and it’s like, ‘Listen, we’re getting wins doing what we’re doing, but we’re not continuing to get better.’

And he’s not above calling himself out for mistakes. Green copped to chasing a triple-double on Saturday during a second-half collapse that almost cost the Warriors a victory against the seven-win Philadelphia 76ers.

“We definitely should have lost, and it was all my fault,” Green said Saturday. “I was selfishly unselfish, if you know what [that] means. And so we started turning the ball over, due to my self[ish] unselfishness, and it was all downhill from there.”

Green doesn’t mind being the bad guy, but he does care what his teammates think of him. That’s why he always tries to end on good terms.

“Sometimes you have to tear down and build right back up. You can’t let it linger. You rip them down but build them right back up to where you ripped them down from.”

He didn’t immediately patch things up with Speights after their little beef on the bench during the Clippers game. But they are on good enough terms that Speights doesn’t offer a gruff “no comment” and walk away when Green’s name is mentioned.

“All teams need guys like that to lead the team,” Speights said. “They have everybody else on their toes, like, ‘Oh, I’ve got to do everything right, because Draymond might say something to me.’ When I was with Memphis, it was Tony Allen. Here, it’s Draymond.”

That’s Green’s most important role on the Warriors, even more valuable than his nine triple-doubles.