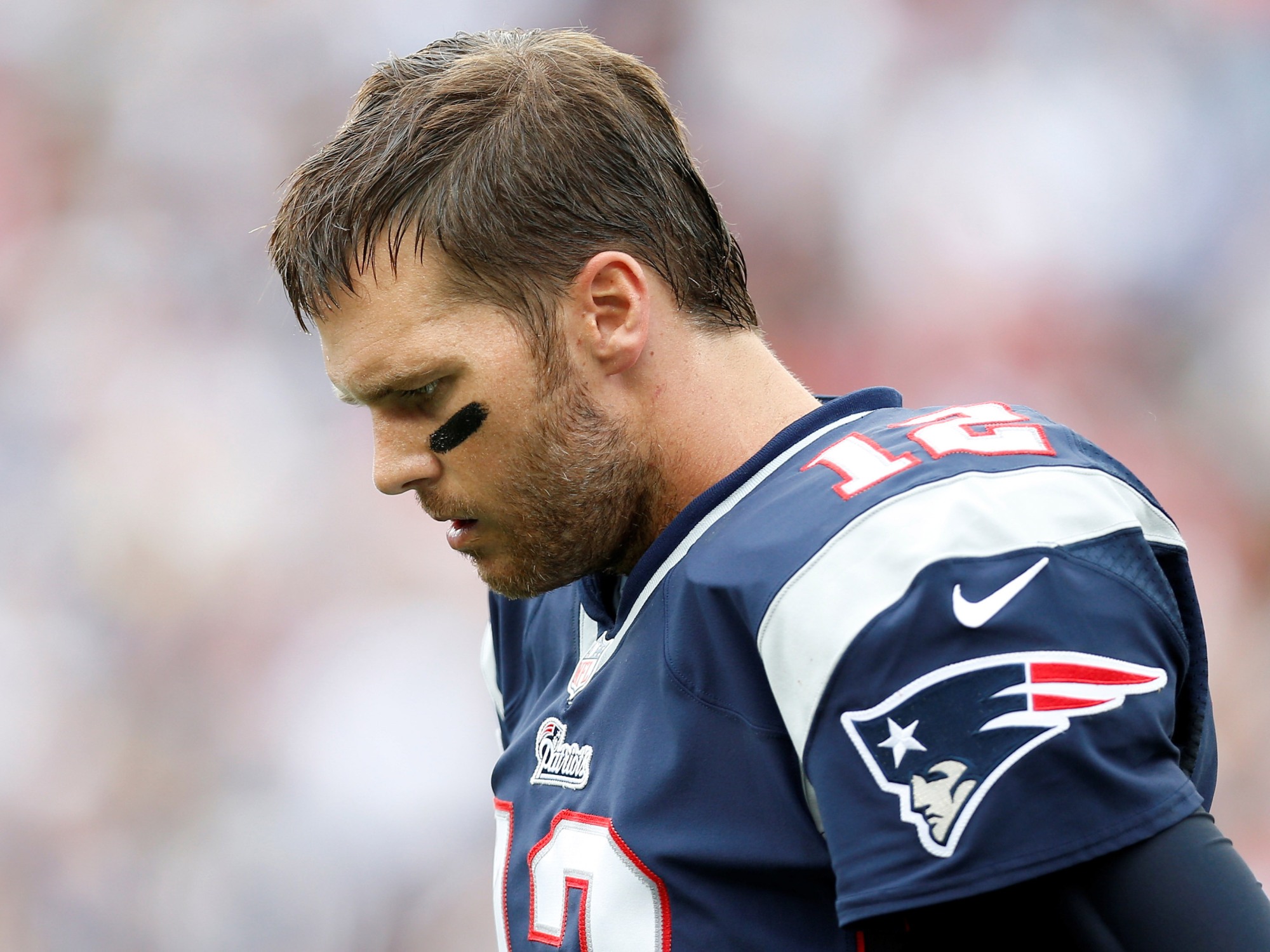 Tom Brady, one of the greatest quarterbacks in NFL history, intimidates defenses. He intimidates opposing coaches. And he can intimidate teammates and friends with just one simple question: “Wanna have a catch?”

Having a “catch” is typically one of the simpler transactions in sports. It’s so easy it’s performed by tailgaters in parking lots and kids on kindergarten playgrounds. You throw the ball, the other person catches it and throws it back. This is how most people in Brady’s inner circle assumed their games of catch would go. They were wrong.

“I’d never seen anything like it in my life,” former Patriots receiver Donte Stallworthsaid. “And I’ve seen nothing like it since.”

Brandon LaFell was only two weeks into his first offseason workout period with the Patriots last summer when Brady approached him and asked: “Catch with me a few times?” LaFell jumped at the opportunity and readied himself for a simple game of catch with his new quarterback.

“We’re five yards apart, in the locker room, so I’m thinking this will be some soft-touch stuff,” LaFell said. “Then he starts doing his footwork, flicking his hips, just zipping the ball, all in the locker room.”

LaFell was stunned. “I’m just looking around saying: ‘Why didn’t anyone warn me about this?’” he said, adding that he wasn’t wearing gloves to soften the speed of Brady’s fastballs. “That’s when I knew this was a whole different approach.”

Brady, who declined comment for this story, has become famous for his work ethic since rising from the 199th pick in the 2000 draft to a superstar of the game. He is the reigning Super Bowl champion quarterback and has his team in the divisional round of the playoffs once again this week. His Patriots will play the Kansas City Chiefs on Saturday.

But for all the stories we’ve heard down the years about his preparation and attention to detail, among the least-known is how obsessive he is about the simple game of catch.

Nearly everyone who has played catch with Brady has a story. Last summer, Brady called Tony Gonzalez, a 14-time Pro Bowl tight end, out of nowhere “to have a catch.”

Brady proceeded to deliver his signature pinpoint passes to Gonzalez. But in between throws, Brady grew more and more frustrated if his pass missed its target by even an inch.

After one pass hit Gonzalez squarely in the chest, Brady chided himself for not getting the ball a little further in front of his target. Gonzalez was confused—the pass was perfect. But Brady explained that if the ball had been a foot and a half in front of the receiver’s body, it would mean an extra three yards gained after the catch. (To be clear, this was in the dead of summer, with no defenders around and months before any meaningful games.)

“I joked ‘Tom, if you’d seen some of the quarterbacks I played with, you’d know I’m just glad you got it to me,’” Gonzalez said. “I was blown away.”

While Brady’s warm-up routine can be intense, players say Brady uses these summer games of catch as his laboratory.

hen the Patriots signed Danny Amendola, Brady called him for a workout in California. Amendola quickly realized that Brady was determined to correct his splits—the distance between the quarterback and receiver—by a matter of inches. Around the same time, Amendola realized that Brady’s “catches” were not normal. “He’s looking at inches, making sure that you are lined up in your splits, getting your depth on routes, the speed coming in out of your breaks, he tries to emulate a game at all times,” Amendola said of their first game of catch. “We weren’t even going against any defenders and it was that detail-oriented.”

“There’s a constant bombardment of ideas, of things that could potentially happen,” said former Patriots fullback Heath Evans, now an analyst on NFL Network. “He was constantly challenging us to find the potential hiccups.”

Stallworth, who played on the 2007 Patriots team that went 16-0 during the regular season, said he’s never seen anyone as prepared as Brady. During one of Stallworth’s first offseason workouts with the team, Brady threw a perfect pass, one that the receiver simply had to cradle to catch. Stallworth dropped it. Disappointed, he ran back towards Brady, who profusely apologized.

“He was pissed off at himself, he figured out he was an inch or two off” said Stallworth. “That’s when I realized: ‘Wow, this dude is crazy.’”