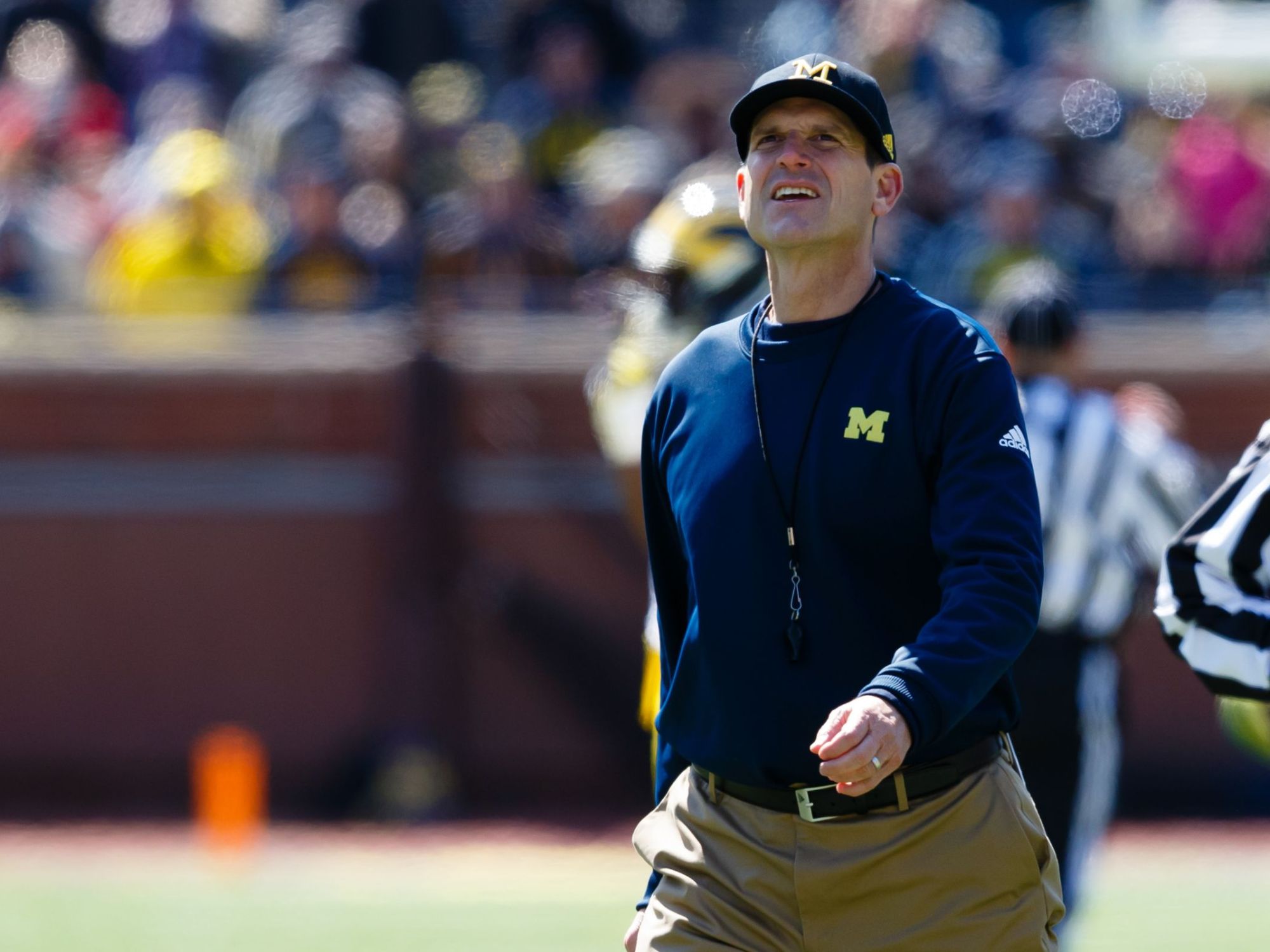 Despite a last-second loss to archrival Michigan State on a blocked punt on the last play of the game, Harbaugh remains upbeat and confident in his team. Speaking with the media after a visit with the President – and to support Michele Obama’s Better Make Room program to help teens get into college – Harbaugh shared his thoughts on the game with the media, “We won’t let the sadness get in the way of the way we’re improving… (We will) look at the things we’re doing that are putting us in a position to be successful… And it’s never one play, it’s never one play in a football game.”

Know the game. According to ESPN analyst and Heisman Trophy winner, Desmond Howard, Harbaugh is a “master play caller.” Harbaugh’s strategic sense of the game, coupled with his understanding of the play-to-play dynamics, gives his players the confidence that “coach knows what he’s doing.”

Trust the staff. Many of the coaches have worked with Jim, either in college or in the pros, for years. He knows they can teach players positions and schemes, and he believes in their abilities.

Believe in the players. Michigan players have underperformed for years; now they have the opportunity to prove their abilities and do it for a coach who can teach as well as inspire. Harbaugh’s an emotional coach but seldom, if ever, will you see him tear into a player after a bad play. That’s locker room stuff. Not public shaming.

Maintain control. Within limits. Jim’s right hand man – and boyhood friend and known to all as the Colonel — is Jim Minick, a former Marine. Minick has told Jim to focus on coaching; he will manage the details off the field. Such a presence enables Harbaugh to focus on coaching.

Believe in the team. That is something his mentor and former coach Bo Schembechler taught him. After the loss to MSU, Harbaugh said, “Resolve is the steel in our spine. We have got to move forward.” There were no harsh words for the punter who misplayed the ball, only a commitment to learn from the experience and gain something from it.

Most important, Harbaugh has done what all good coaches – and good leaders – do. He has gotten the players to believe in themselves. After the team’s opening season loss at Utah Harbaugh told the media he thought the players were being too down on themselves. He thought their effort had been good. Some of the players expressed disappointment because they felt they had let their coach down.