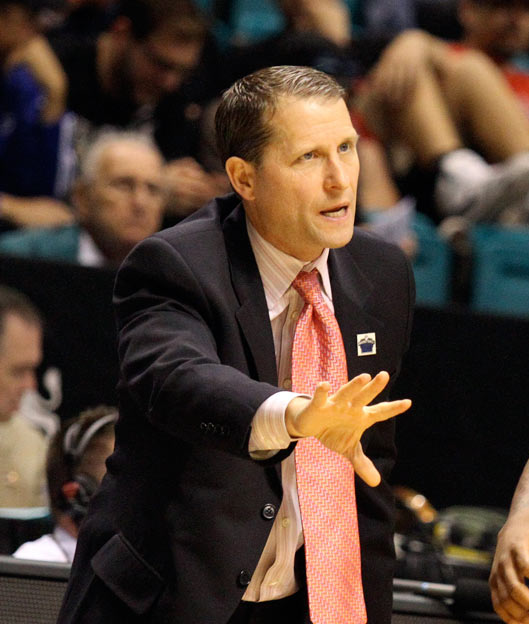 Coach Musselman reminded me of the guy who gave me my first job, Shaka Smart, as a student manager. You can tell he cares and has a passion for what he is doing. Here are some coaching nuggets from Coach Musselman. 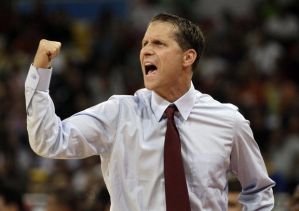 On the move , off a screen

– bump off double down

– push up and under

– Determine where on floor is your post up “box area”

– Determine when you trap

– “snap back” off passer who cuts

We designate a color of our opponent.  Each player assigned a color in regards to the quality of shooter he is (e.g., superior, average, mid-range, non)

Screener’s man is loose, defender receiving screen into body of

– sit butt on post-up legs, hands up on butt front

Started with Chuck Daly and the “Jordan Rules”

Vs iso –  Force right in the first half , force left second half

Vs Stockton, C Paul, S Nash – trap right as they cross halfcourt the “face deny” don’t let them get ball back

-read the tap – blind spot for each jump ball

– find and form your “alley”

Play to score of the jump

Side out of bounds

Baseline out of bounds

Your team’s best lineup for…

– playing with a 2 point lead

Other team can score.

Team with lead must learn to take care of ball and run clock down.  Plus get offensive rebounds and defensive stops to hold the lead.

Best shots in an NBA game

Here is a short video on Coach Musselman’s coaching philosophy…