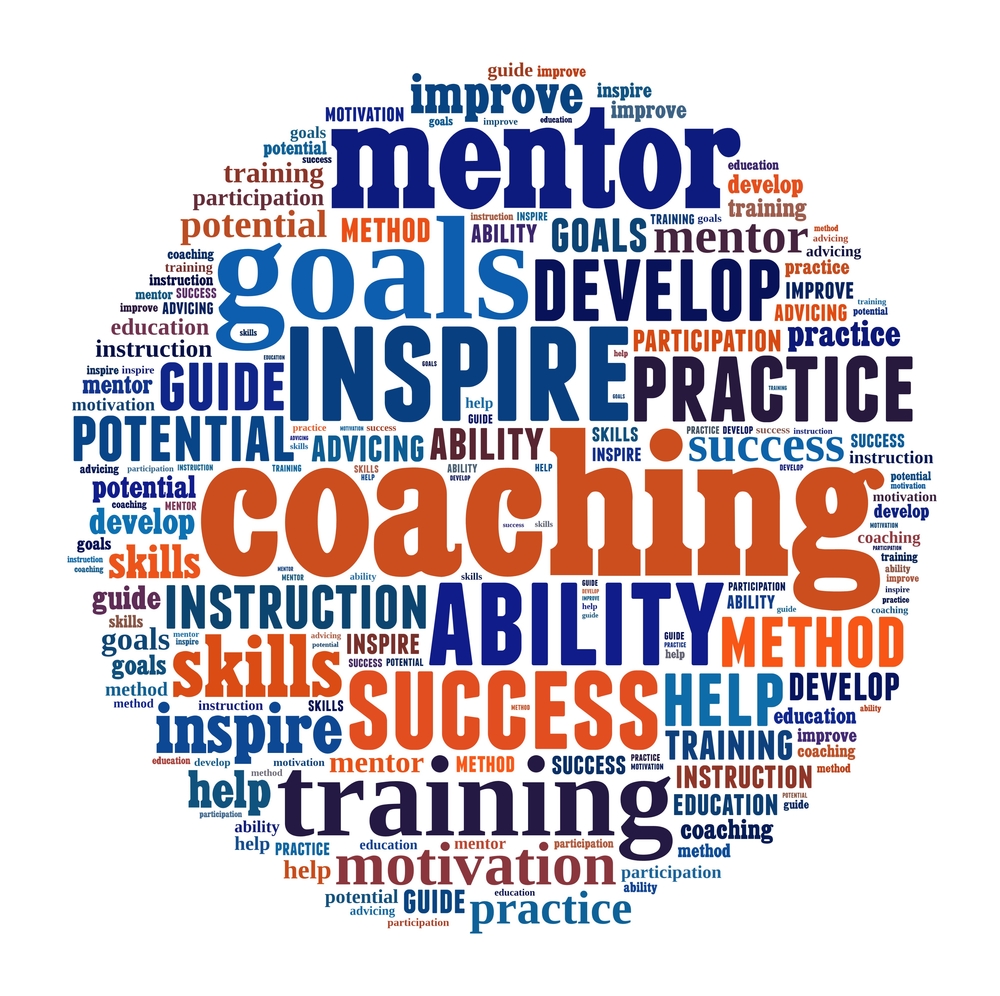 At first I didn’t think the coach understood the question. His answer was, “I beat other teams!”

I repeated the question, “So … how do you get better at coaching? ” Again, he replied, “I beat other teams.”

Hm. I decided to leave it at that.

Growth Is An Investment Process

Coaches are in the improvement profession. We are in good company.

It’s a special section of society we belong to. A common thread that binds all us improvement-professionals is the expectation that as we help others improve, we will invest in our skills and ourselves so we grow.

Thirty-four years ago I became a coach. Since then I’ve seen numerous different ways coaches invest. I’ve spent a significant amount of time trying many (if not all) of them. Some worked (made me a better coach) and some didn’t (wasted my time/money/energy). I thought it might be helpful to share 21 investments I’ve found worthwhile.

Seuss was one of my heroes, because he sucked me into reading, and I will always be grateful. Reading is one of the best ways I’ve found to invest in myself. In this case, I don’t consume just coaching books – I read books related to anything I might use in my coaching. Reading about Wooden is cool, but I know I’m not John Wooden. No one is, and no one is in the same situation he coached in. That doesn’t mean we can’t learn from him, but most likely there are books more relevant to our own coaching situations.

With a simple web search you can find hundreds (or thousands ) of blogs relevant to your coaching situation. When you find one you like subscribe to their RSS, or email list, and have their latest and greatest missive sent directly to your inbox.

3. Write. The process of writing is like being a teenager – painful but you need to experience it to get to the next step. At a minimum I try to write one thing I learn each day. If you try it for six months you’ll be astonished at the nuggets of wisdom you’ve complied. Heck, try it for one week.

The processes in coaching that I struggle with, such as fundraising, are ones I’ve tried to teach. I learn so much by doing that. I believe it works, and I think this is why I get so much from doing this blog and podcast.

5. Record Yourself. It’s a common not to like the sound of your voice, or your image in video. Unfortunately that emotion can get in the way of a great learning device. Have you ever recorded yourself at practice? Put a live tape recorder in your pocket, or set up a GoPro and recorded yourself? Ninety-nine out of 100 coaches have not. That one coach who did is a much better coach because of it. See the next investment for a slightly different version of this.

6. Have Paparazzi. Have someone record the types of comments you make during practice. Researchers at the UCLA did this during one of John Wooden’s best seasons. They recorded thousands of his utterances during practice. They found that 6% of his comments were praise, 6% were critiques, and the rest were instructional. Looking for “Wooden Magic” they found a teacher who spent hours preparing for practices. That one study has had a significant impact on coaching and coaches. What would researchers find if they studied you?

7. Listen To Others.This is not in opposition to the previous two investments – in those you listen for the mechanics of how YOU communicate. In this investment you are listening to OTHERS for content and context of how THEY communicate. There is great return here, as Richard Branson notes: “Listen more than you talk. Nobody learned anything by hearing themselves speak.”

Eavesdrop on another team’s practice. Fire up podcasts, such as this great one from Glenn Whitney. Delve into audio books. Listen and listen deeply.

8. Become An Idea Machine. Each day write a list of 10 ideas related to your coaching. Everyday. I’m experimenting with this right now, and love it. This post started from my list of 10 ways I can become better.

Write 10 ideas, not 4. Anyone can do 4, after 4 it becomes hard. I know nothing about being a soccer goalie, but I can quickly jot 4 ways to get better at it – the next 6 ideas I would struggle with. But there may be gold in that struggle. Here’s a book on how to become an idea machine — Become An Idea Machine: Because Ideas Are The Currency of The 21st Century. I recommend it and its a good coaching book to have around.

9. Write Thank You Notes. Jimmy Fallon has brought the art of writing thank you notes back from the grave. That’s a good thing because this simple action is a fantastic investment. How? Hm. Well,Melody Beattie says, “Gratitude makes sense of our past, brings peace for today, and creates a vision for tomorrow.” Research has shown that people who receive thanks are more likely to help you in the future. And I say a simple handwritten thank you note (yes, even email, but handwritten is classier, can brighten someone’s day, and make you distinct – in a good way).

10. Find A Giant. Not a day goes by in which I don’t miss my mentor, Allen Rosenberg. He was my giant. The impact he had on my coaching was/and is great. The critical part here is Allen was a mentor, which is different than a coach. He shared his knowledge with NO expectation of personal gain. Who is your mentor, your giant? Need to find one? As Sir Newton professed, “If I have seen further than others it is by standing upon the shoulders of giants.”

11. Watch A Coach From Another Sport. I’ve learned from so many coaches at our school – especially the assistant coaches who are just starting out. Sounds like investment #7, but in this case I focus onlooking, instead of listening. One summer the sound broke on our TV. I watched weeks of tube with no audio, and it was insightful. You can learn quite a bit when the volume is turned off. Give it a try with a few commercials and see what I mean.

Watch another coach. Observe their body english. The props the use. Their placement when they talk to a group. Anything you can use, or not do?

12. Start Blogging. Have something to share? Blog it. Just have an epiphany? Blog it. A new insight?Blog it. I’ve been blogging since 2000 in one form or another, and the connections and learning have been deep and fantastic. You can set one up for free, and you don’t need to make it public for this to be a good investment – the act of writing in itself makes this investment solid.

13. Create An Exit Plan. Every coach leaves coaching, one way or another. Being proactive in that process can be powerful, especially the impact an exit plan can have while you still are coaching. Have you created your exit plan?

14. Pump It Up. This may seem silly, and simple. It isn’t either. Explain to a complete stranger, to someone who doesn’t know you or your sport, what you do and how you do it. If they get glassy-eyed, they yawn, or they nicely nod, then you’ve bored them … and I’ll bet a nickel your coaching is boring. Where’s your passion? The fire?

15. Do A 360 Survey. Ask those around you what you need to improve. I use this tool ever couple of years to do just that. Scary. Insightful. Powerful. Some people dislike these, The Fatal Flaws With 360 Surveys. I get it, but I still think there can be great value in them, especially when done by peers.

16. Coach Another Sport. I’d love to coach lacrosse, or soccer, or football … for a day. I know it’d be an eye-opener. It was coaching my son’s rec. bball team. It’s surprising how many core components of coaching are common regardless of the sport. Even more amazing is the difference in language used in each sport. Like fifth-grade French all over again.

17. Learn Something New. I studied Hapkido for nine years. Every session I was a true beginner. There is something very clarifying, honest, humbling about the beginner’s mind. A great benefit is the empathy you can generate for the athletes you coach.

18. Watch A Movie. Movies can be an entertaining way to learn, and there are many fantastic coach/sport movies. Here’s ESPN’s top list. Can’t say I like them all, but it is a good place to start. My favorite two are Miracle and Kicking And Screaming. Neither made ESPN’s top list. Hm.

19. Make A Movie. I’ve been writing, directing and producing movies for years.I’ve never made a penny, but the return has been priceless. With an iPhone, iMovie, and YouTube (or any combination of similar tools) you can break into the movies too.

20. Keep A Journal. I never kept a journal until last November, when I tried the app Day One. Now I journal everyday. I have a set way I journal that’s been a huge help with my coaching. Each morning I write a list “Today I Will”, but it is not a task list. Rather broad swipes at things, like “here is the good I will do today, ” and “I will help _____ today” then I check in at the end of day to see how it went. Ben Franklin prompted this:

21. Quit. Not literally, unless you need to, but “pretend” quit. Take a weekend off, walk away from the sport. And as a new free agent, remake yourself. What different type of coach would you be? If you had to market yourself to others, what would your strengths be?

A list of twenty-one investments to shore up your coaching — all free (or dang near free). Are you going to invest in one? Take action – today, not tomorrow? Why not?

Pick one, just one, and invest in yourself. The bottom line is this … to get better you must invest your time, your resources, your emotional labor.

Here’s from Richard Branson: “What I personally know would make up a dot so minuscule it couldn’t be seen. What humanity has collectively learned so far would make up a tiny mark within the circle. Everything we all have to learn in the future would take up the rest of the space.”